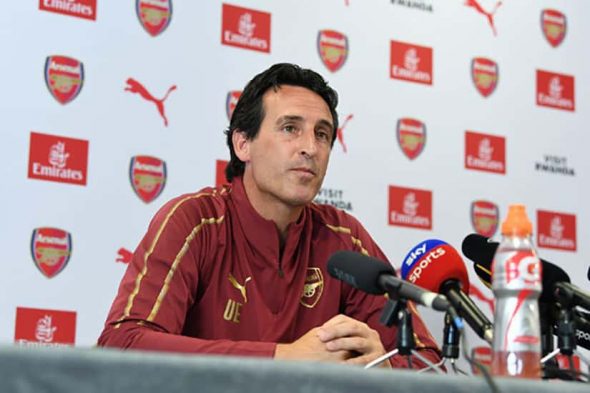 Time is running out for Arsenal to add to the squad that finished fifth last season, with the transfer deadline less than a month away.

And any hopes that The Gunners will be able to better their performance in their second campaign under Unai Emery have not exactly been helped by the lack of signings secured so far in this summer’s transfer window.

To think that Arsenal are anywhere near the level of transfer business they would like to have completed to this point may seem far-fetched, with the sole addition of teenage striker Gabriel Martinelli hardly looking like the answer to the defensive problems that dogged Arsenal’s late-season run-in that essentially led to the lack of funds that has only garnered the Brazilian’s signature.

So with time ticking, is there not an argument to suggest that Arsenal are barking up the wrong trees?

There’s little doubt of Arsenal’s need for additions. The leaky defence may only get worse with several members in their 30s (Sokratis, Nacho Monreal) – while those under 30 are arguably the main culprits when it comes to errors (Shkodran Mustafi) – whereas those just starting out their Arsenal careers (Konstantinos Mavropanos) will do well to reach the required standard with limited experience under their belts.

The Gunners have beefed up their wide options through the capture of Martinelli and the promotion of Reiss Nelson to the first-team – but considering efforts to bring in Wilfried Zaha have not progressed beyond their optimistic £40m bid, the team risks entering the season without plugging the holes that existed during the previous season.

Surely there will have to come a point where Emery must realise whatever strategy – if there is a strategy – Arsenal have deployed to locate and finalise targets this summer has not worked, and changing course has to happen soon if the squad roster is to have a stronger look to it ahead of next year.

Otherwise, Arsenal face the prospect of going into the next campaign with the same architects of their previous downfall forced to drastically improve the club’s fortunes without the new dimension of a new signing to give something of an unpredictability to the attack – or defence.

As it stands, The Gunners are therefore risking wasting a lot of time and resources without the desired reward, and should no improvement be forthcoming next year, the opportunity to change the personnel attributing to any shortcomings will be seen as the moment Arsenal’s season was doomed to fail.

With that in mind, Emery must ensure efforts to replenish the Arsenal side are not diminished on his part before a ball is kicked.