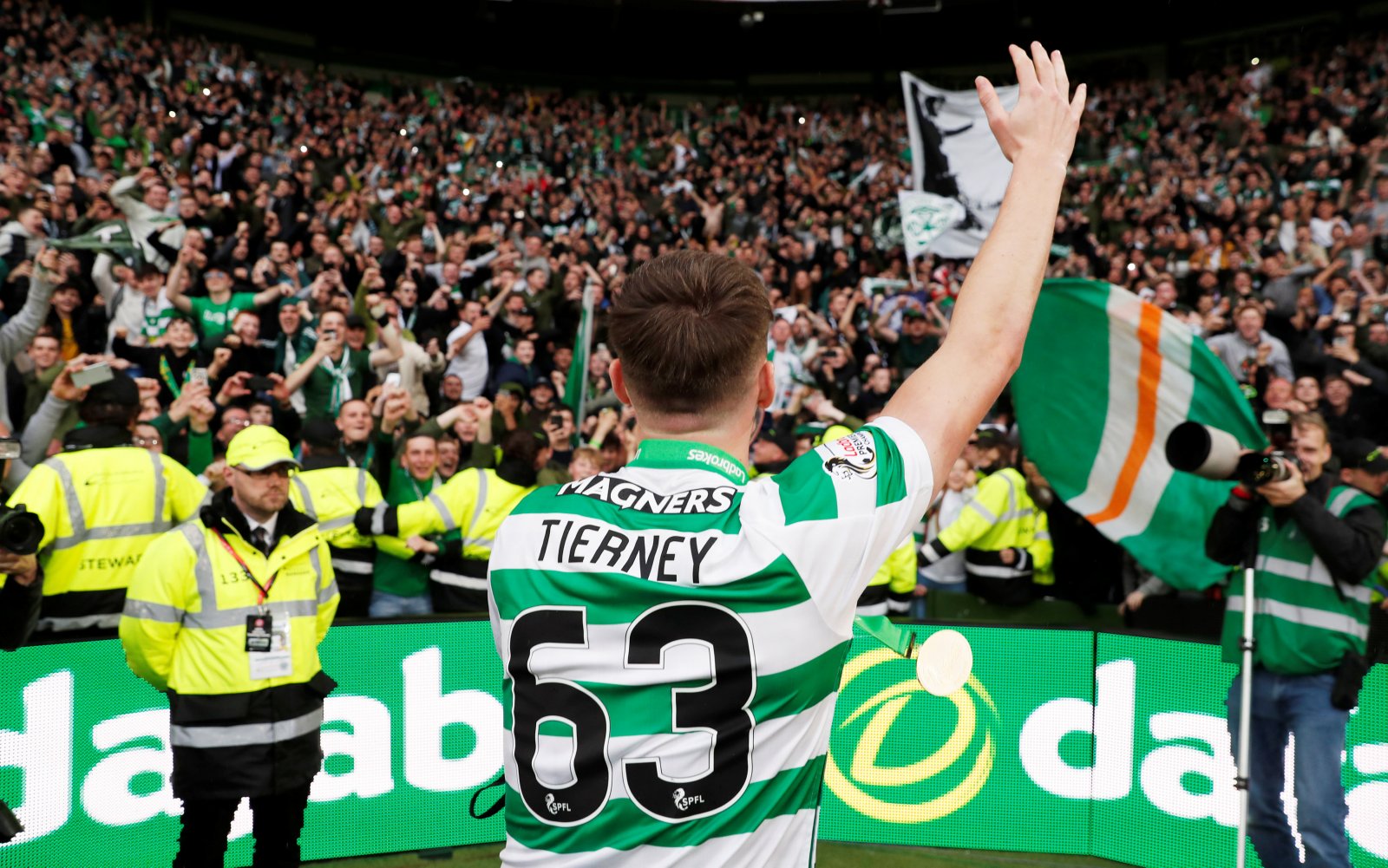 According to the Scottish Sun, Arsenal’s hunt for Celtic left-back Kieran Tierney could be about to end after manager Neil Lennon revealed the player has been getting on with his work, leaving the club in a good position to keep hold of him. He also stated that he would like the player to continue his progression at Celtic – which has left many Arsenal fans fuming at the lack of ambition shown by the player.

The very same paper claimed Unai Emery had begun to look at alternative targets in the left-back position after having a £25m knocked back last week. It is thought that the club were offering too much of the bid in instalments, with the SPL champions wanting it all up front.

Tierney has played 170 games for The Hoops – scoring on five occasions and assisting 32 goals – and is still only 22 years of age. The Isle of Man-born defender has gone on to feature for his national side, Scotland, 12 times since making his debut in 2016 but a move to North London is looking unlikelier by the day.

A number of Arsenal fans took to Twitter to take a swipe at Tierney as well as his manager and the league he’s been plying his trade in. One supporter labelled the SPL a pub league with another adding further fuel to the fire claiming it was a one-club pub league at that.

Others demanded that Lennon let the youngster go and fulfil his potential, questioning how someone could progress in the SPL. Further criticism of the league was told by another member of The Gunners faithful who said the poor lad was stuck in one of the world’s worst leagues.

Here’s the best of the reaction from some of the Emirates support:

Poor lad, stuck in a pub league when he could have done an Andrew Robertson.

Lennon says KT can progress with them ????, how? Been there 5 years, not only a pub league but a one team one at that. To advance his career he has to move to a competitive league.

????????????how can you ‘progress’ in the Scottish Prem? It’s like being a first division footballer dominating an under 15s’ league. Let the man go and fulfill his potential.

Maybe. Or maybe Tierney sees at 22 he’s done all he can at Celtic in an off-the-radar 1 team league and wants to taste life in the biggest pond of all. Has he got ambition? Let’s see.

Poor lad is stuck in one of the world’s worst leagues. Absolute banter of a competition.

Pay £30m for Saliba but not for Tierney. What an embarrassment of a club. Just pay the money. No way you’re getting a better player for anything like that price.