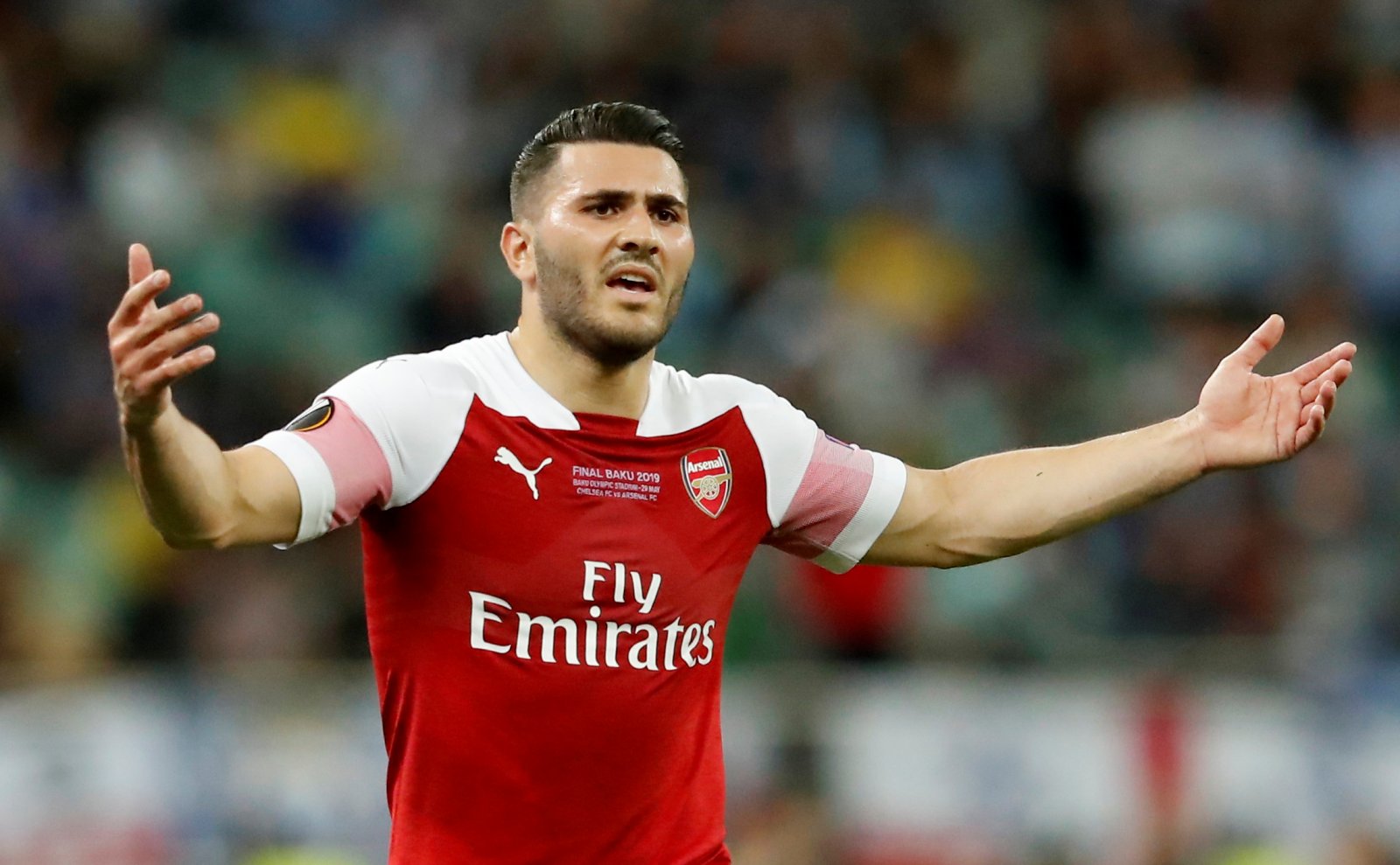 It’s not often that an Arsenal flop receives praise but after his latest heroics, things have changed. Both Mesut Ozil and Sead Kolasinac were involved in an attempted armed robbery on Thursday after a gang wielding knives tried to steal the German’s Mercedes Benz G-Wagon.

A video emerged later that evening which showed the Bosnian international leap to the defence of his teammate by attempting to fight away, with his bare hands, a man who was holding a very large knife. Arsenal have since confirmed that both players were unharmed and were fine. Kolasinac has also confirmed this with a tweet of his own…

Many fans across the world showed their concern for the pair on social media whilst some Arsenal fans praised their left-back’s brave behaviour. One supporter said the 26-year-old should be given a lifetime contract whilst others called him their captain and wondered when a statue would be erected in honour of his courageous actions.

Both Ozil and Kolasinac have been regarded as flops in the past with many of the Gunners fanbase previously wanting both stars to leave the club this summer – especially after their respective performances in the embarrassing 4-1 Europa League final defeat to Chelsea.

Some members of the Emirates support saw the funny side of the matter after knowing the players were fine. One fan asked the club to send Kolasinac to Celtic so he could return with Kieran Tierney as well as £25m for themselves. Similarly, another supporter cracked the same joke in regards to Wilfried Zaha. Others wanted the left-back to be put in a room with disliked owner Stan Kroenke whilst one used a well recognised scene from the film The Wolf of Wall Street to suggest how Arsenal’s new hero was going to walk into training the next day.

Here’s the best of the reaction below:

Send @seadk6 to the negotiations with Celtic. He’d come back with Tierny and £25m

He will be lined up with this man next season pic.twitter.com/p5ET0j950S

Send Kolasinac to Celtic. He will bring Tierney and 25M back.

Can you set up a meeting between Kolasinac and Kroenke

What do you say Kolasinac? pic.twitter.com/UXssA07Brh

A Cobra once bit Sead Kolasinac's leg. After five days of excruciating pain, the cobra died.

Kolasinac walking into the changing room at Colney this morning. pic.twitter.com/rxJYEdCukN

Kolasinac defends by attacking. Every Arsenal fan could’ve told you that.

Look at this man.
Absolute unit.

We need a statue of Kolasinac like this outside the Emirates immediately @Arsenal. pic.twitter.com/ew23EG0Isn

Give Kolasinac the armband immediately, my Captain ??#AFC