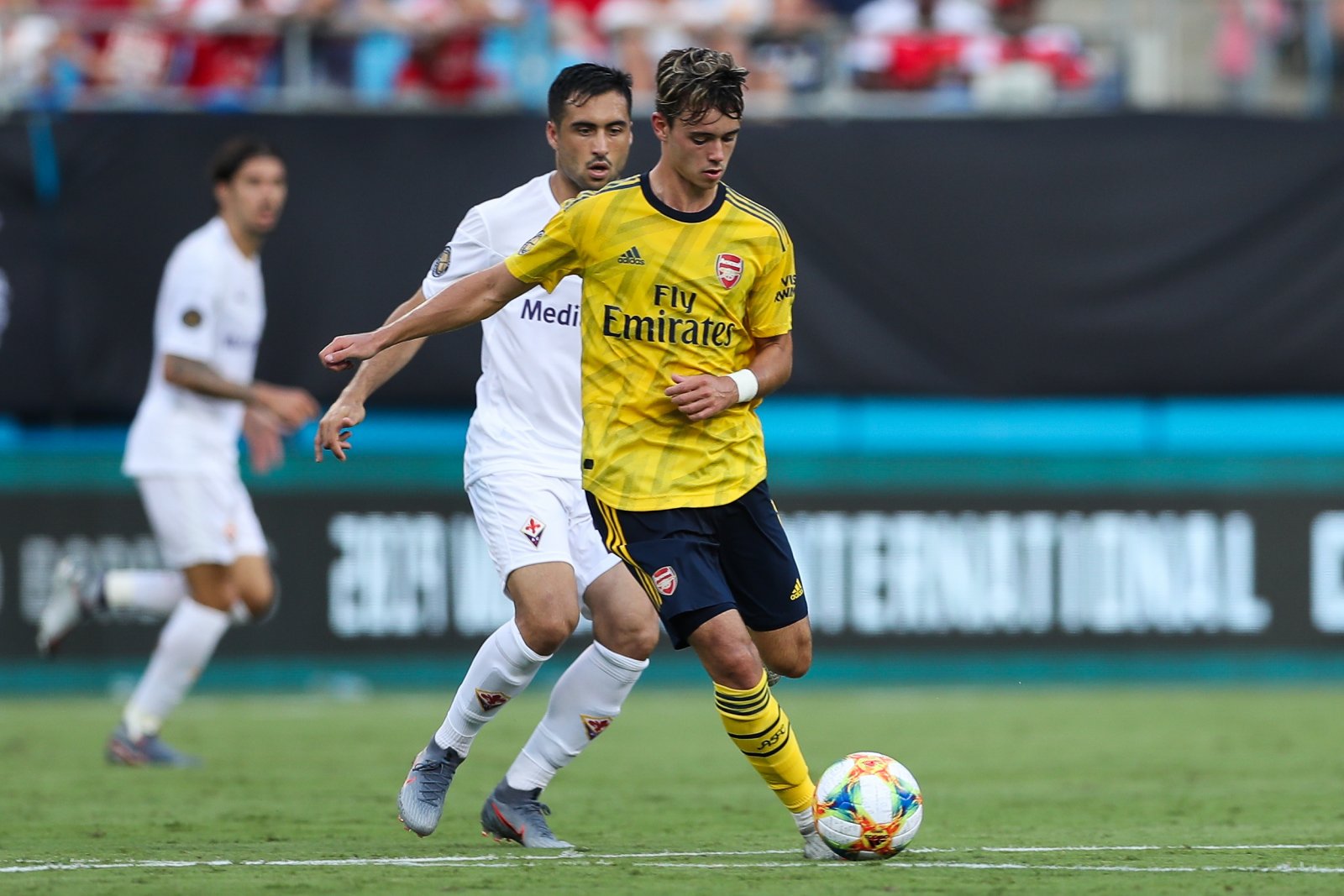 Gunners manager Unai Emery gifted a number of squad places to some of the club’s most promising youngsters for their pre-season tour of the United States. Among them was Robbie Burton, who had received glowing reviews from last season’s Under-23 boss Freddie Ljungberg, who is now assistant first-team coach to Emery. Following their final game against Real Madrid, a defeat on penalties, Burton took to Twitter to share his thoughts on the trip to which a number of supporters threw their support behind the rising star. One of which was legendary long-serving ex-midfielder Ray Parlour…

Many of the Emirates fanbase had already gone crazy over the 19-year-old after he dazzled in midfield against Bayern Munich last week and the praise hasn’t stopped there. One supporter labelled him a future Arsenal legend whilst others called him everything from a revelation to a great talent.

Burton hasn’t yet featured for the senior side in a competitive fixture in his short career but impressed for the Under-18s two years ago as they reached the FA Youth Cup final. That season Burton scored five and laid on four assists before going on to sign his first professional contract at the club.

Some supporters believe the starlet could quickly transition into the first-team fold with one fan believing next year will be his year after Granit Xhaka and Mohamed Elneny are binned from the club. Another member of The Gunners support asked the player to stay true to his game, mentioning his quick forward passes and nice takeaways, so that he can earn first-team minutes – if he hasn’t already.

You can read the best of the reaction from some Arsenal fans below:

It was fantastic watching you play Robbie. Bright future ahead!

@RBurton26 you played extremely well, got the opportunity and showed up! That’s all we ever ask as Arsenal fans! 100% workrate, fight for the badge. You’ll get your time soon! #Gunners

Next year will be your year lad like willock. Xhaka & elneney will get binned and you will step up to succeed their place. Keep improving!

Pen, what pen? I only saw the Robbie that that made quick forward passes, nice take-aways, and cought the coaches eye. Stay true to your game and you’ll earn those 1st team minutes…if you haven’t already @RBurton26

Robbie, you were a revelation. Onwards and upwards!!

Well played Robbie, you were immense in all the games you played out there, bet you got a lot of experience before you know you be taking over from Xhaka

Future Arsenal legend right here. You’ve done us all proud so far lad. Keep it up!

Great talent. You’ve been great! Well done and hope to see more of you on the pitch this season.