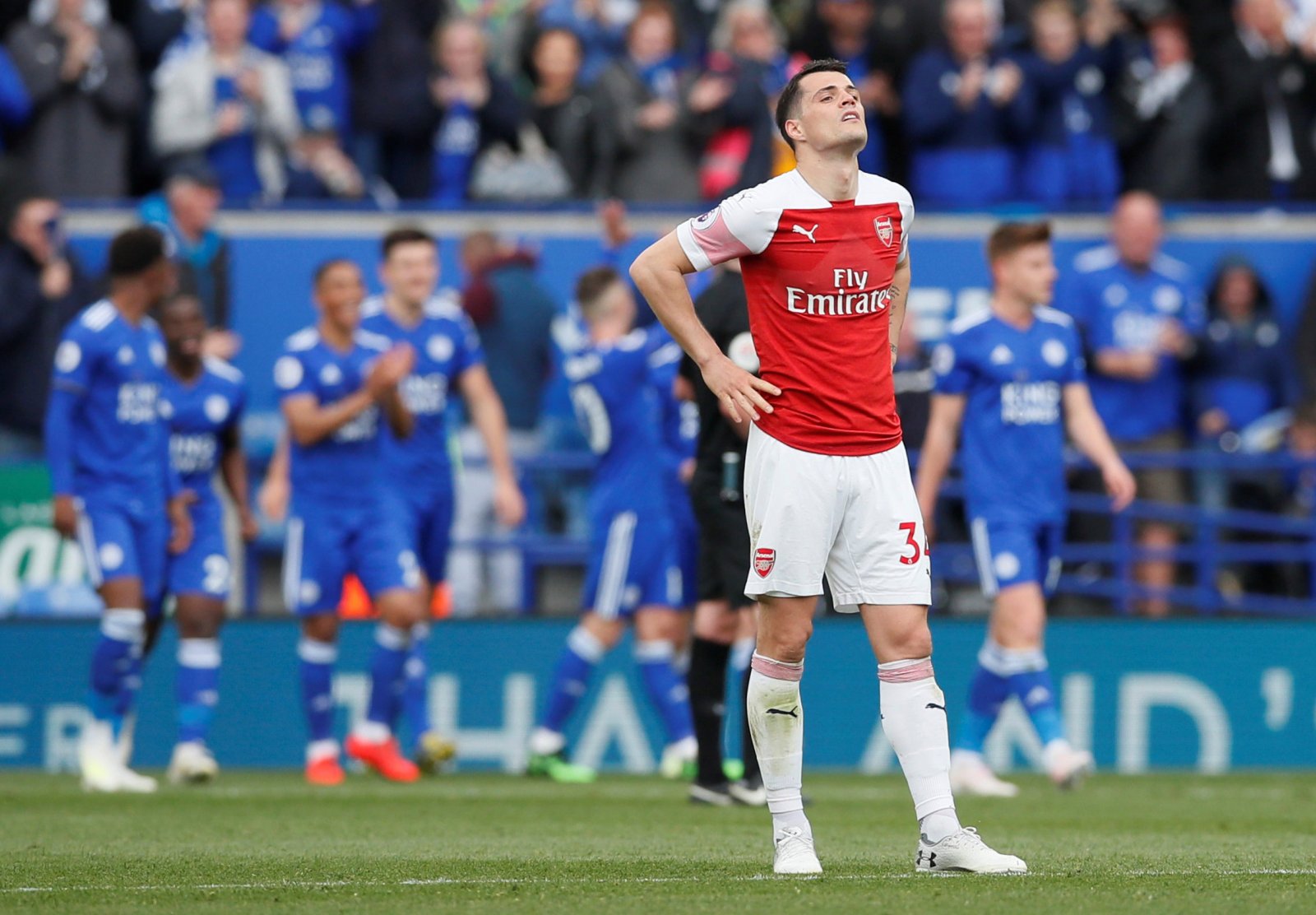 It’s not the first time and it certainly won’t be the last time that Arsenal midfielder Granit Xhaka receives stick from a number of the Gunners fanbase. Earlier this pre-season fans demanded the midfielder is sold following his dire performance against Real Madrid. Now, following defeat to Lyon in the Emirates Cup, many fans are back to show their discontent.

The Switzerland international also drew severe criticism last season following Arsenal’s must-win game against Brighton towards the end of the season after he fouled Solly March to gift the visitors an equalising penalty. Some Arsenal fans were furious and it ultimately cost them, finishing one point behind arch-rivals Tottenham Hotspur in the race for top four.

Xhaka joined the club for £30m from Borussia Monchengladbach in 2016 and is reportedly the front-runner to replace Laurent Koscielny as club captain next season having deputised the armband at times throughout last season.

Following the defeat, a number of supporters took to Twitter to share their thoughts on the 26-year-old with one fan claiming the midfielder cost them qualification to the Champions League last season and also said that until he is replaced, they will still lose silly games due to his mistakes.

Others brandished Xhaka as woeful and not good enough for the Premier League with one member of the Emirates support stating the club should end his misery by selling him whilst another used error-strewn and mediocre to describe him.

Im sorry but until we replace Xhaka and Mustafi we will still lose silly games due to individual mistakes! Which ultimately cost us Champions League last season!#AFC

Xhaka can't be in this team next season, not mobile enough, absolute liability, I'd play Willock over him any day, Guendouzi gets alot of hate, but I rate him over Xhaka, got alot more about him.

The club should end this guy' s misery by selling him..He is not good enough..

He and mustafi are two peas in a pod. Error strewn and mediocre. I would rejoice when the leave.
That said I would never mention them in my tweets or go to their page to abuse them.
It is just bad manners

this guy is not suitable at premier league, will easy lose the ball when little pressure

Xhaka is woeful. Completely slows the game down and is way too negative. #afc #EmiratesCup