“Absolute baller,” ” This guy is special” – Some Arsenal fans swoon over free-scoring talent 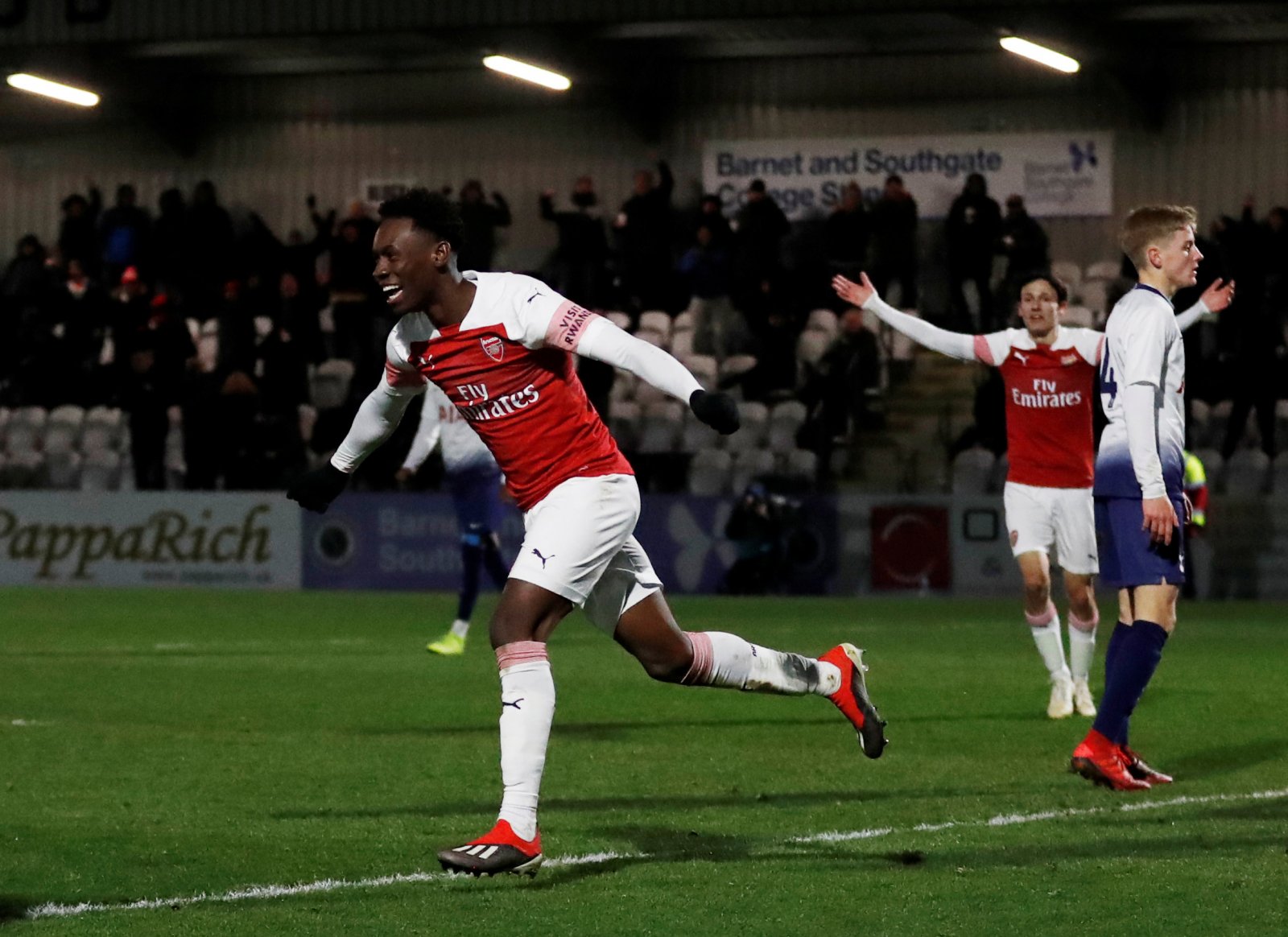 Folarin Balogun has certainly thrown his name into the ring following a fine six-minute hat-trick in Arsenal’s pre-season friendly with Barnet. Gunners boss Unai Emery has given a wealth of opportunity to a number of the club’s promising youth stars yet it may be the 17-year-old he needs to be looking at.

The striker netted a stunning 25 goals in only 19 appearances in the Under-18s Premier League last season and has clearly continued his hot run of goalscoring form into this off-season. His performances for the youth side even drew high praise from Arsenal’s Golden Boot winning forward Pierre-Emerick Aubameyang…

Now the fans have caught wind of their next potential wonderkid with many taking to Twitter to share their thoughts. Many took a swipe at Manchester United’s Mason Greenwood – who is the same age as Balogun – claiming the Gunners man was better with one supporter sarcastically saying Greenwood was getting ready to shine Balogun’s shoes after that hat-trick.

Another member of the Emirates support told others to remember his name whilst one fan claimed the young centre-forward is next up – hinting that he could follow the likes of Reiss Nelson and Bukayo Saka in the near future. It wasn’t all serious though, as an additional supporter said the future of RB Leipzig looks bright – making reference to the club’s previous lack of faith in youth which has seen the likes of Serge Gnabry leave permanently only to become a Player of the Season at a club as big as Bayern Munich.

All the mandem talking about Greenwood yet they don’t even realise this guy’s better. Absolute baller

That’s impressive no matter who it’s against ????

This guy is special

Greenwood getting ready to shine his shoes