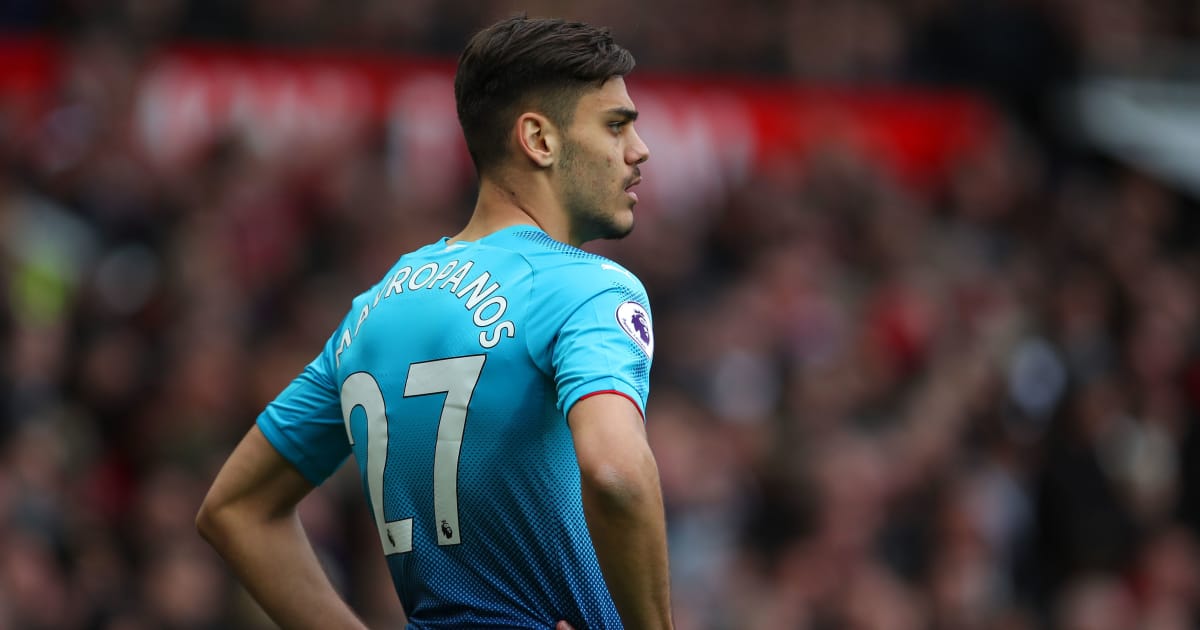 It seems clear that Arsenal’s issues lie in defence – both on the pitch in keeping goals at bay, and off the pitch in trying to recruit viable replacements for the club’s perennial underperformers.

But with The Gunners lacking the financial resources to undergo a complete overhaul at the back, those waiting in the wings for a more prolonged opportunity in the Arsenal first-team may just get their wish next season.

One such player looking for an opportunity could be Konstantinos Mavropanos. The Greek centre-back has had a mixed career in Arsenal colours so far, having earned praise for a performance at Old Trafford on his Premier League debut, before getting himself sent-off at Leicester just a few weeks later.

Chances in the first-team have come at a premium for the 21-year-old, having only made seven appearances since joining in January 2018. But after being used sparingly towards the end of last season, he may be more involved in Unai Emery’s future plans than his chances to date may suggest.

And after BBC reporter David Ornstein hinted that Emery could get rid of Shkodran Mustafi as part of a defensive shake-up over the summer, that could represent an opportunity for Mavropanos to stake a claim to become a ready-made replacement for the out-of-favour German.

Especially if their current pursuit of French teenager William Saliba involves sending the defender back on loan to Saint-Etienne, Emery may have to count on players already at his disposal to step up should the error-prone Mustafi be successfully offloaded.

Working as an understudy to the more seasoned professional that is compatriot Sokratis, Mavropanos may find himself a fourth-choice centre-back going into the new season – but with the recent injury records of Laurent Koscielny and Rob Holding (and the disciplinary issues that saw Sokratis miss four games last season), the youngster could well see a run of games come his way next year.

Should he take the chance of such circumstances and give Emery a rare selection headache in that area of the pitch, Mavropanos could become rather grateful for the shortcomings that will have led to this opportunity.

As one of Sven Mislintat’s few finds during the scout’s brief time at Arsenal, the promise that the defender holds suggests a fruitful career awaits. And while he may otherwise have found himself loaned out in order to get game time, the current circumstances at the club mean that there could easily be an opportunity for the taking.

Whether he takes that chance remains to be seen, but Arsenal’s Greek prodigy should be preparing to step in at some point next season.