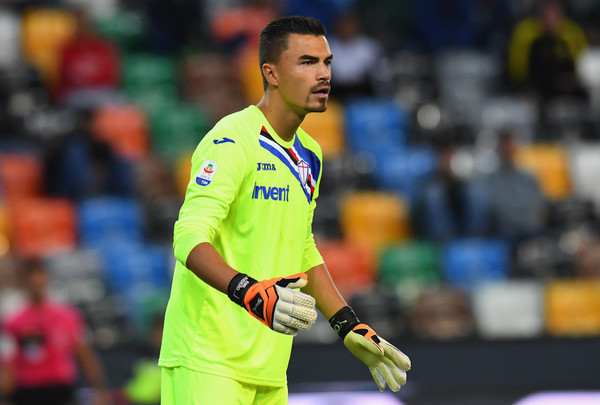 Arsenal have targeted Sampdoria’s Emil Audero as a potential replacement for the retiring Petr Cech, according to reports in Italy.

Sky Sports Italia (via FootballItalia) suggests Audero, 21, has appeared on Arsenal’s radar despite Sampdoria preparing to activate their option to buy the young Italian shot-stopper this summer.

Audero is on loan at Sampdoria from Juventus and has been ever present for the Serie A side this season, and his performances have reportedly caught the eye of the Gunners as they look to replace Cech.

Cech’s contract at the Emirates expires this summer but rather than extend his stay or move elsewhere, the 36-year-old recently announced that he will hang up his gloves at the end of the season.

The Gunners already have David Ospina and Emiliano Martinez ready to step in for Cech, but it remains to be seen whether the former will stay at the club having been loaned out this season to Napoli, while the latter has only featured 14 times in all competitions for Arsenal since 2010.