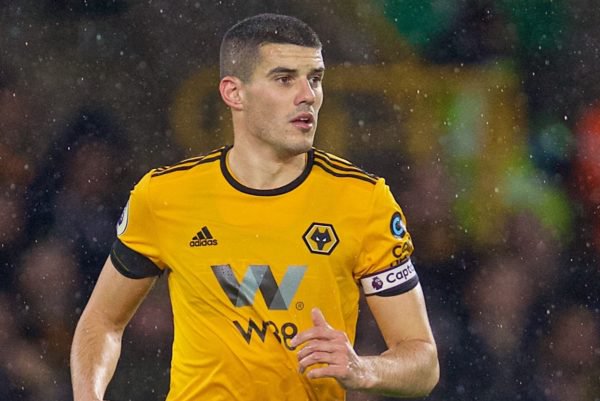 Arsenal and Liverpool are both keeping tabs on Wolves captain Conor Coady ahead of a potential transfer this January, according to the Daily Mail.

The 25-year-old joined Wolves in 2015 for £2million and has quickly established himself as an accomplished centre-back under manager Nuno Esprito Santo, having played as midfielder earlier in his career.

His performances have reportedly attracted the attentions and impressed Arsenal and Liverpool who are both watching his developments.

With two years left to run on his existing contract and Wolves knowing of interest growing in Coady, the West Midlands club are now ready to open talks with English defender this month over an improved deal to not only ward off the Premier League duo but also because of his improvement as a player.

Unai Emery has indicated that he would like to bring in a centre-back this month but does not have the funds to do so, claiming the Gunners will only be making loan deals. However, should the Spaniard manage to sell a few fringe players then a move for Coady may not be out of the question.

Liverpool, however, would almost certainly be frontrunners for Coady’s signature with the Merseyside-born player coming through the ranks of the club as a youth player.