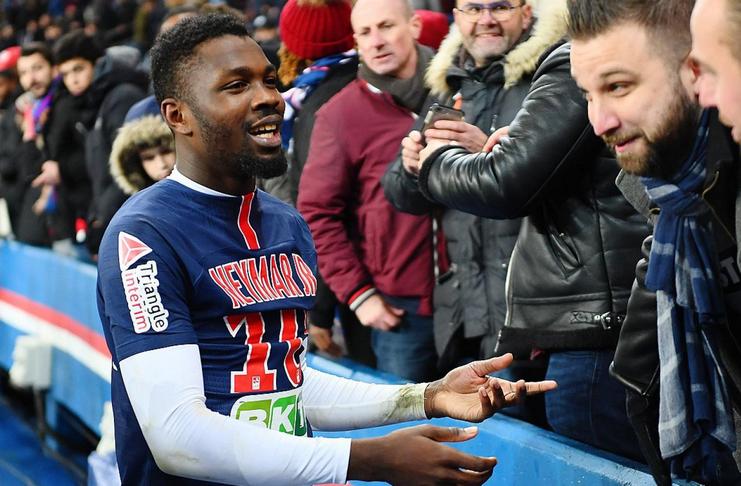 The 21-year-old, who is the son of World Cup winner Lillian Thuram, is understood to be attracting a lot of attention after scoring seven goals in 15 Ligue 1 appearances so far this season despite Guingamp languishing on the foot of the table.

Thuram made the headlines last week when he bagged the winner in the Coupe de la Ligue match against Paris Saint-Germain and dumped the Thomas Tuchel’s side out of the competition against all odds. His performances for the Ligue 1 outfit have been so good this season that it has attracted the attentions of Arsenal, Spurs and Manchester United, who have all sent scouts to watch the young forward, according to reports.

The Gunners are keen to sign a forward this month but will more than likely have to wait until the summer to make a move for Thuram as Unai Emery conceded that he has no cash to spend.