Should Arsenal go ahead with £12.6m move for this goalkeeper? 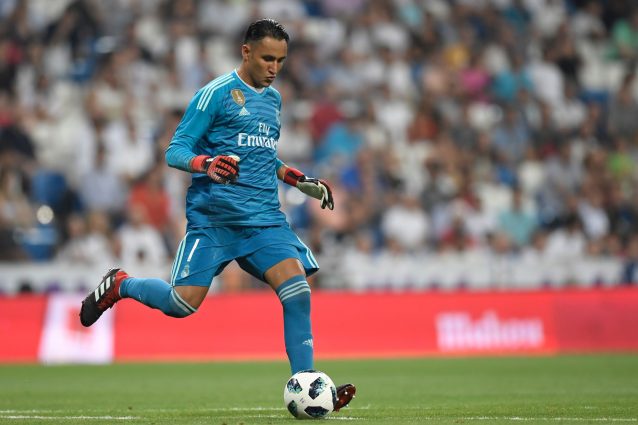 It’s been reported that Arsenal are keeping an eye on Keylor Navas’ situation at Real Madrid and could make a move for the goalkeeper when the January transfer window opens.

Despite playing a prominent role in helping Real Madrid win three consecutive Champions Leagues, Navas,32, has lost his place as the club’s first-choice goalkeeper this season following the summer arrival of Thibaut Courtois from Chelsea and is now believed to be considering his options.

Unai Emery is thought to be keen on Navas and is ready to test Real’s resolve by bidding £12.6million for the shot-stopper in January.

It’s thought Emery wants to add Navas to his squad in January as Petr Cech is set to move on at the end of the season when his contract draws to a close, David Ospina is out-of-favour and out on loan to Napoli, and Emiliano Martinez not ready to be promoted up the pecking order.

Signing Navas would offer Bernd Leno proper competition for the number one spot and the Costa Rican is desperate for regular first-team football having made just five appearances in all competitions for Real so far this season.

So, would a cut-price £12.6million move for Navas be a good signing for the Gunners next month?

Navas is very underrated and would certainly shine at the Emirates if given chance to, and for £12.6million, it would represent a bargain signing for the Gunners if they can land him in the upcoming weeks.