Henrique admits reported Arsenal target will leave on a free 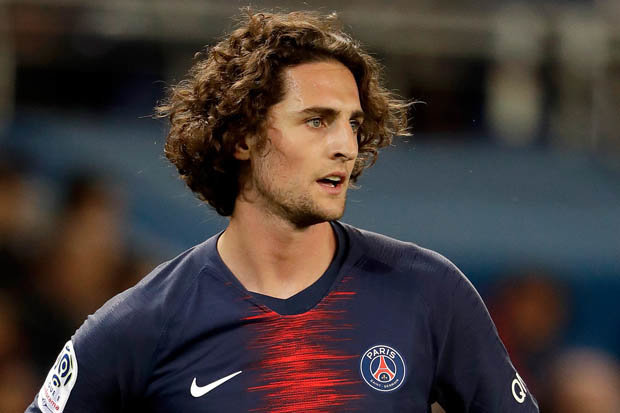 Arsenal have been put on alert after Paris Saint-Germain director of sport Antero Henrique admitted ‘disrespectful’ Adrien Rabiot will leave the club on a free transfer at the end of the season.

Rabiot’s current contract is set to expire next summer and with reports earlier in the month suggesting he had turned down a new deal to remain at PSG, Henrique is now ready to wash his hand of the 23-year-old.

Speaking about Rabiot and his contract situation, Henrique said:

“At this point, no [I am not surprised]. It was a decision made by the club following a meeting I had with the player.

“The player informed me that he would not sign a contract and that he wanted to leave the club by being free at the end of the season, ie at the end of his contract. For the player, this will have a very clear consequence: he will remain on the bench for an indefinite period.”

“Several months ago, we had positive exchanges with his representative in the perspective that he remains at the club and signs a new contract. We also accepted all the conditions of the player related to the sports field.

“We had discussed these conditions so that he would stay with us for years to come. But, unfortunately, from now on, the discussions have totally stopped.

“It seems that the player and his representative have misled us for several months. I must add that this situation is disrespectful for both the club and fans. Especially form a player who has played under our colours from the training centre to the first team. A player who has always received the full support of the club.”

Rabiot has fallen out-of-favour under Thomas Tuchel in recent weeks, and with PSG ready to offload him for nothing at the end of the season, the France international will be allowed to sign a pre-contractual agreement with a club abroad as early as January 1st.

The Gunners have previously been linked with a move for Rabiot as Unai Emery looks to improve his side ahead of the January transfer window.

Rabiot worked under Emery when the Spaniard oversaw PSG last season, and news of the midfielder not signing a new deal to stay at the Parc des Princes has handed the Arsenal boss a real chance of signing him.

However, Spurs, Liverpool and Barcelona are also said to be keen on the midfielder, who has made just 150 appearances and scored 13 goals for PSG in Ligue 1 alone.