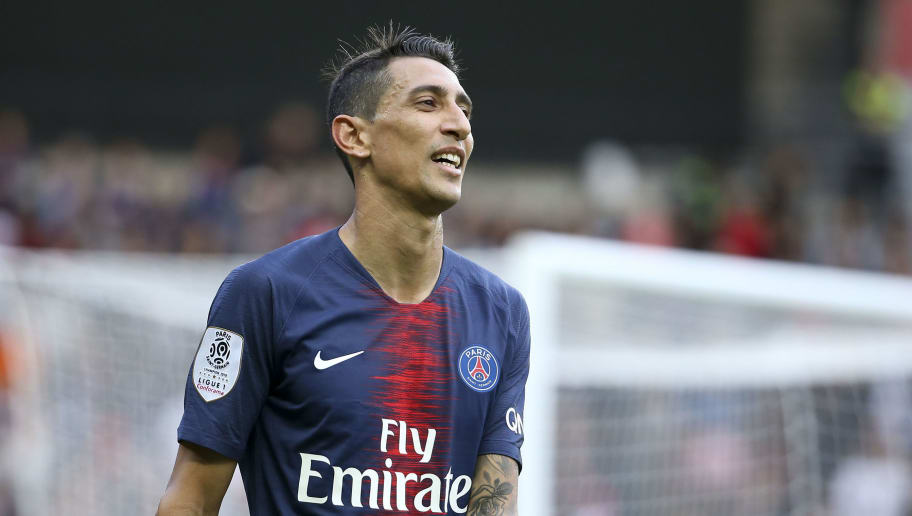 Arsenal are interested in a January move for Paris Saint-Germain’s Angel Di Maria, according to reports.

The 30-year-old is reportedly keen on a move back to the Premier League but will ask for wages of around £200,000-a-week from interested clubs.

Di Maria left Manchester United for PSG in July 2015 and has since won eight major trophies with the Ligue 1 side and made over 140 appearances in all competitions to date.

However, it seems the Argentine, who netted six goals in 12 appearances for the Parisian club this season, would like a move back to the Premier League as soon as possible and Arsenal are supposedly interested in securing his signature.

Unai Emery knows Di Maria, having worked with his at PSG in the past, and it appears he is keen on a reunion with the versatile winger.

But Arsenal could face stern competition for the Argentina international’s signature, with Manchester United reportedly open with the idea of re-signing him, while Chelsea are said to also be keeping an eye on him as well.

Di Maria’s contract at the Parc des Princes doesn’t expire until summer 2021 meaning interested clubs will have to splash the cash if they want to sign the Argentine in January.

Arsenal have as much chance as any other club to sign Di Maria next month, and the player’s wage demands would not pose too much of a problem for the Gunners as they will reduce the wage budget significantly from the reported departures of both Aaron Ramsey and Danny Welbeck next summer.