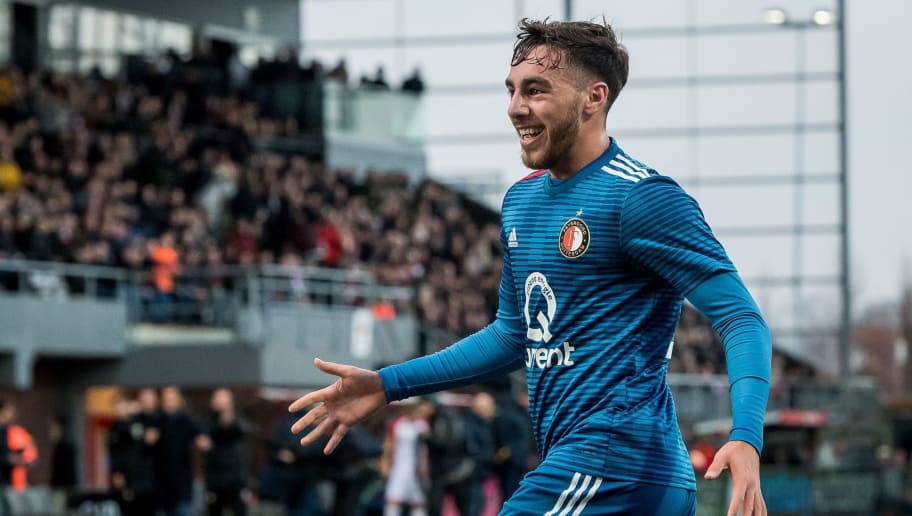 Arsenal scouts were in attendance to watch over Feyenoord wonderkid Orkun Kokcu make his debut on Sunday.

The 17-year-old is regarded as one of the finest young prospects emerging from Europe and is already training with the Feyenoord first-team.

The teenage midfielder made his debut for Feyenoord on Sunday where he came off the bench to score and provide an assist in their 4-1 away victory over Emmen.

And reports claim scouts from Arsenal, along with Borussia Dortmund and PSV Eindhoven, were watching over Kokcu, who scored 17 goals and assisted 34 times last season for Feyenoord’s Under-19 squad.

Manchester City, Chelsea and Tottenham are also believed to be keeping tabs on the Holland Under-19 international, while Paris Saint-Germain are also credited with interest.

It’s unclear as to whether Feyenoord will be willing to sell one of their brightest talents in January, but with interest growing, it will be difficult for the Dutch outfit to keep hold of him.