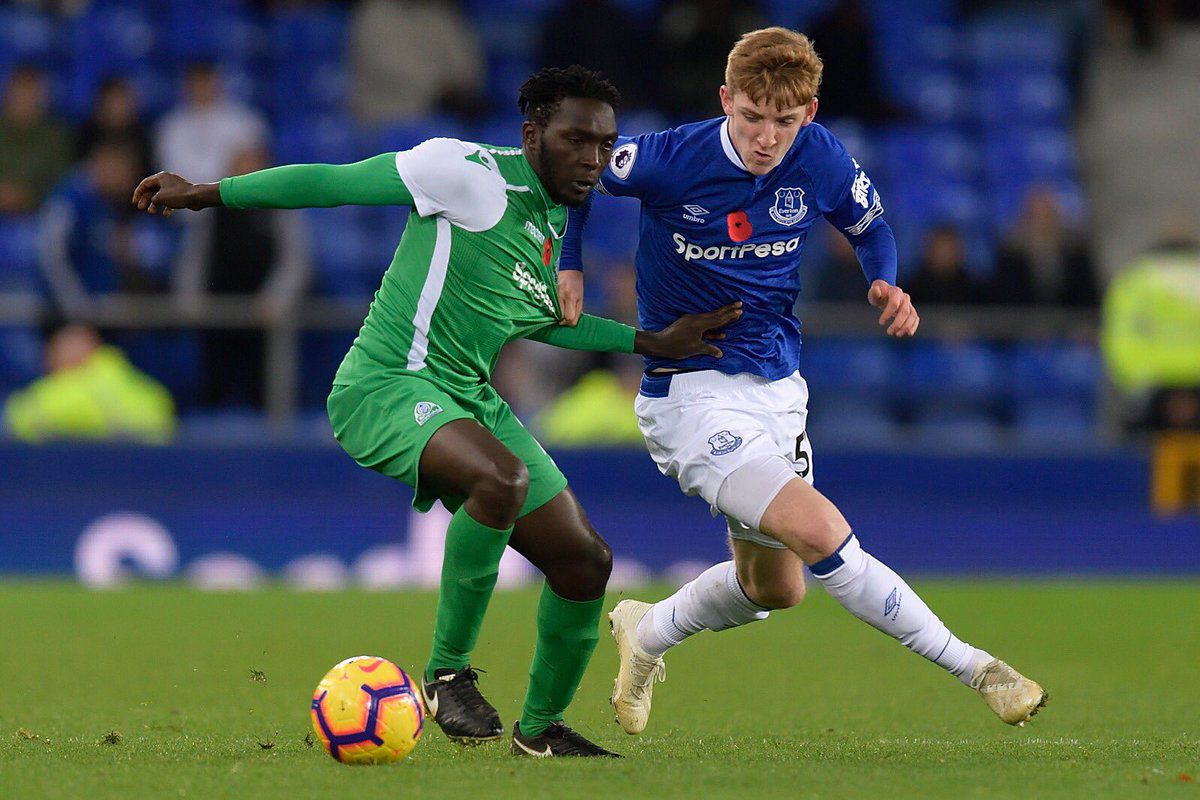 Arsenal, Dortmund and Bayern Munich are all monitoring the progress of Everton youngster Anthony Gordon, according to the Daily Mail.

The 17-yar-old attacking midfielder is being branded as one of the hottest young prospects to come through Everton’s academy in recent year, and the Toffees will be desperate to keep hold of him.

Gordon’s impressive displays for the Merseyside club’s developmental side and England Under-18’s have caught the eye of some of Europe’s top teams, including Bundesliga duo Bayern Munich and Dortmund, as well as Arsenal.

Gordon has made just one senior appearance for Everton so far this season, this in the Europa League game against Cypriot side Apollon Limassol and has more than 30 outings for the club’s youth team under his belt.

Everton will want to keep hold of Gordon, but they will find it difficult to do so knowing that the likes of Bayern, Dortmund and Arsenal are all interested.

Unai Emery will be keen to add to his current squad this season to achieve a top four finish. However, a move for Gordon this winter will more than likely be seen as a more long-term signing rather than one that would instantly make an impact in first-team line-up.