Arsenal and Chelsea ready to pounce for United starlet 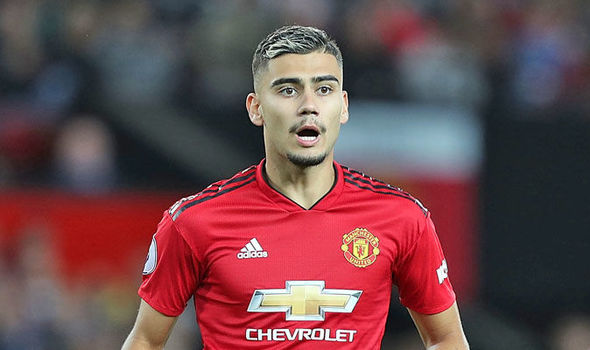 Manchester United are ready to cash in on Andreas Pereira in January with Arsenal and Chelsea both keen on the 22-year-old.

The Brazilian international is out of contract next summer and although United do have the option to extend his stay for a one-year, its understood that they are willing to sell him when the winter window opens.

Since joining United from PSV in 2014 when Louis van Gaal was in charge, Pereira has started just two times in the Premier League and has shown glimpses of potential for Jose Mourinho this season.

The midfielder does have interest from several clubs abroad, including Monaco, Inter Milan and Valencia, who had him on loan last season.

However, it’s thought that Pereira has his heart set on remaining in England and Arsenal and Chelsea are keen on his services, according to the Daily Mirror.

Arsenal’s head of recruitment Sven Mislintat sees Pereira as an ideal acquisition having signed young talent in the past for Borussia Dortmund and may see the Brazilian as a potential replacement for Aaron Ramsey, who looks set to leave the Emirates.

The fee is likely to be an initial £10million, but that could double dependent on performance-related add-ons.