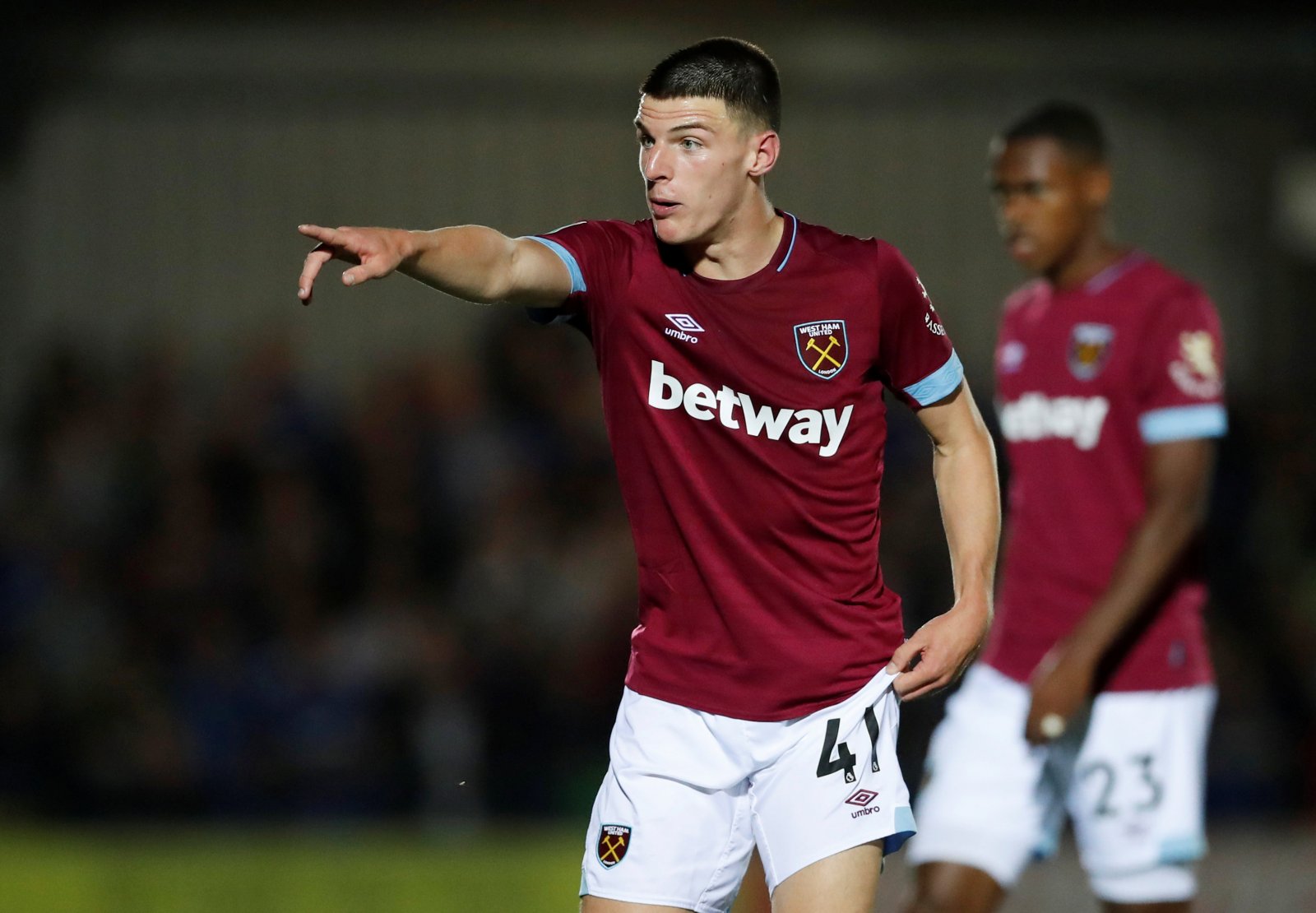 Arsenal are one of six teams interested in signing West Ham’s Declan Rice, according to Gambling Times journalist Graeme Bailey.

The 19-year-old  is currently involved in a contract dispute with the Hammers, and the Gunners, Chelsea, Manchester City, Everton, Tottenham and Wolves are all monitoring the situation.

The Telegraph reports that Rice’s current deal doesn’t expire at the end of the season, contrary to previous claims, but negotiations between the player and the club have been fraught with difficulty.

The defender is said to have rejected an offer that would have been worth up to £40,000 a week. He was offered an initial wage of £15,000 a week, plus £5,000 a week after starting 15 games. He would have also been given £20,000 for each league appearance. However, Rice’s representatives want a higher basic salary with fewer conditions.

West Ham are said to have submitted a final offer to the player and his agents which improves on the last proposal, but if that deal is rejected the Hammers may consider selling in January or at the end of the season.