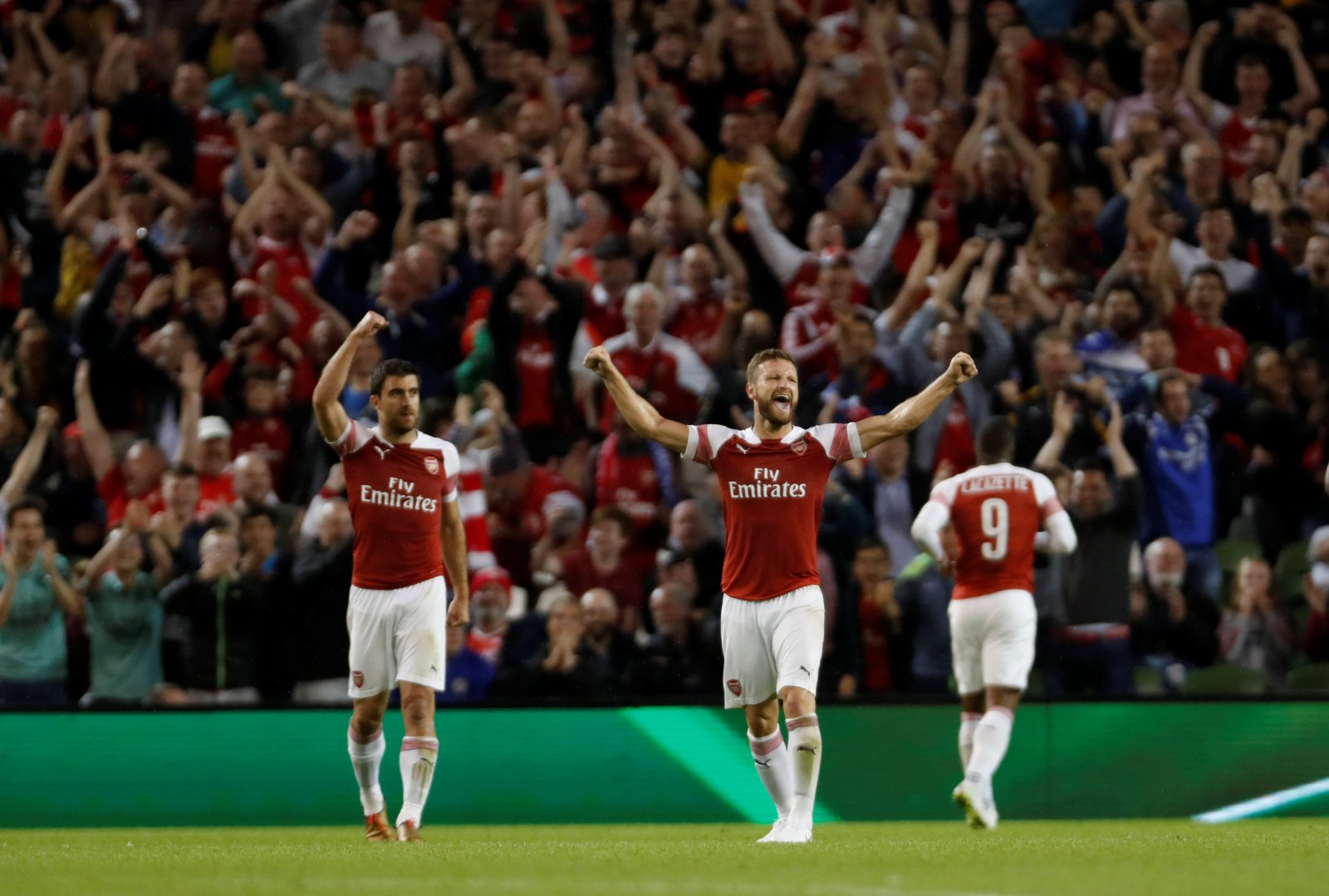 A new season is upon us and Arsenal enter the campaign after undergoing widespread changes this summer, the biggest of which saw Unai Emery succeed Arsene Wenger in north London.

The new face of the Gunners has been busy in the transfer window this summer, drafting in five new faces and seeing established players like Jack Wilshere and Santi Cazorla leave the club to continue their careers elsewhere.

Emery’s spell at the Emirates Stadium begins with an incredibly tough opening game at home to defending champions Manchester City, where the Gunners have been tipped to suffer a 2-0 defeat by BBC pundit Mark Lawrenson.

“New Arsenal manager Unai Emery might not have made any really big stand-out signings, but, with the players he has brought in, I think he has addressed the fact that they have been weak defensively through the middle of midfield and at the back.

“But while Emery might not work out his best team for a few weeks, we know all about City – who looked very smooth in their win over Chelsea in the Community Shield last weekend.

“City should win this game too, but Emery deserves time to work things out and by that I mean longer than the first few weeks of the season when his side also play Chelsea (away), West Ham (home) and Cardiff (away).

“When a manager leaves after being at a club for more than 20 years, like Arsene Wenger was, there is always going to be a lot of change going on and we should leave Emery alone to get on with it.”