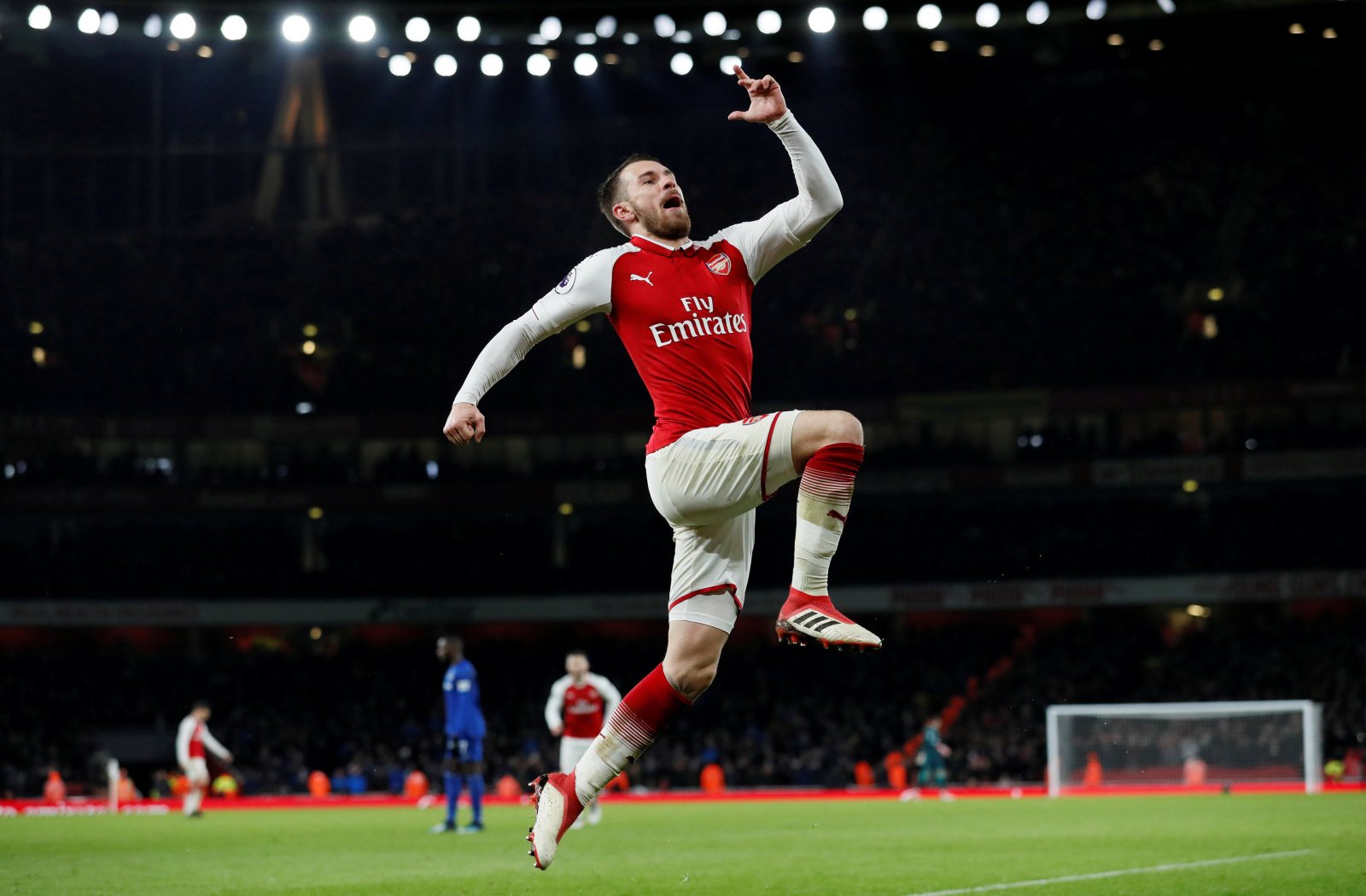 Arsenal’s spell under Unai Emery did not get off to the best of starts on Sunday as the Gunners suffered a 2-0 defeat at the hands of defending champions Manchester City.

Another stern test awaits this weekend as Arsenal travel across the capital to lock horns with Chelsea, who also have a new boss in the form of Maurizio Sarri, and alarm bells could ring loudly if Emery’s side suffered a second consecutive defeat.

The Gunners have endured a turbulent summer window that has been continuously flooded with speculation regarding the future of Aaron Ramsey, who is yet to sign a fresh deal after entering the final 12 months of his contract.

Many are fearful that the Wales international could leave on a free transfer next summer and Arsenal legend Paul Merson has fired a warning to the club, urging the Gunners to agree fresh terms with the 27-year-old.

“Arsenal can’t afford to lose him. He is their best finisher out of the midfield players they’ve got. He usually gets into double figures. If they get rid of him they have to replace him.”