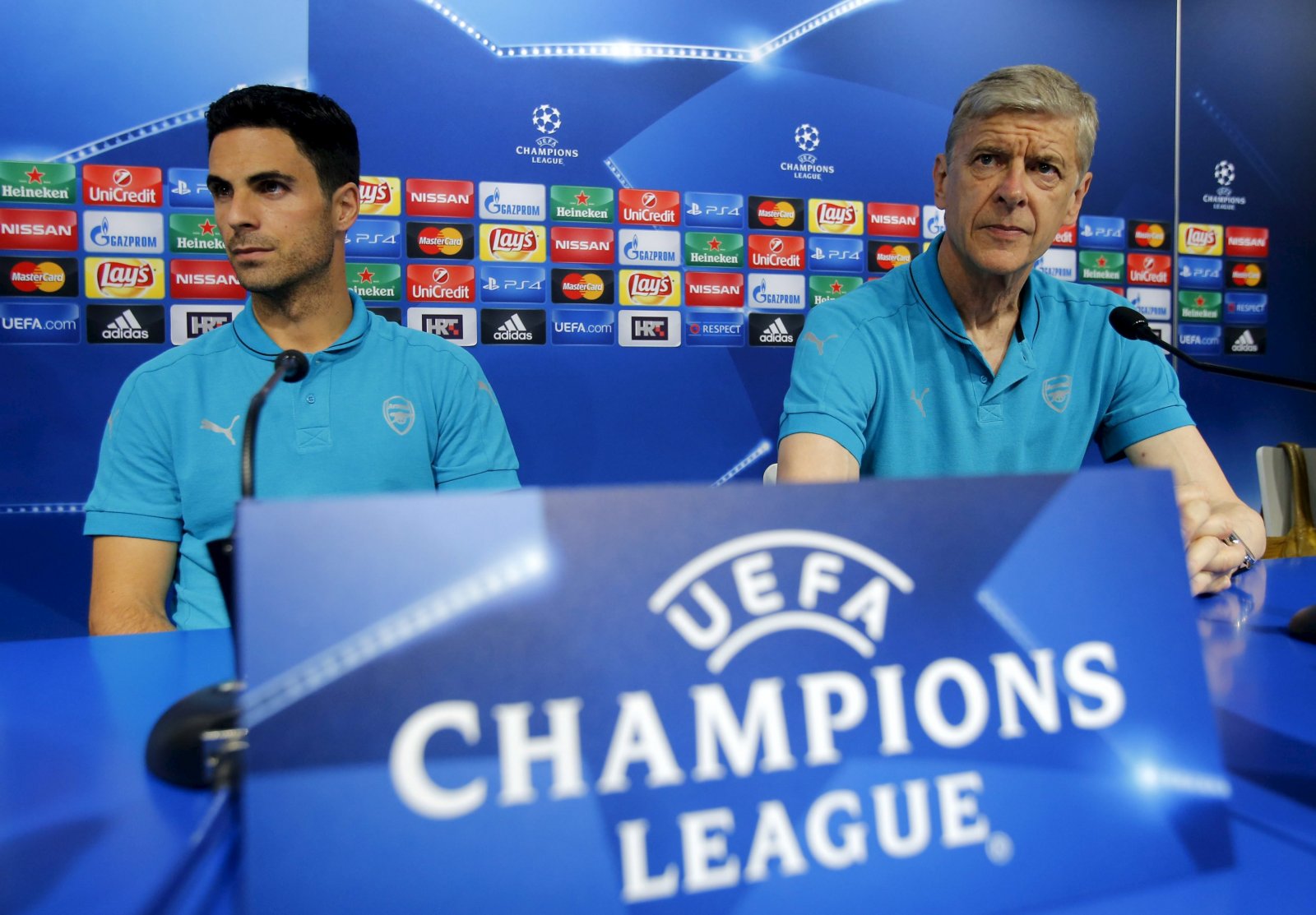 Arsenal’s search for a successor to Arsene Wenger appears to be nearing it’s conclusion, with widespread reports indicating that former Gunners captain Mikel Arteta is set to take the helms.

The Spaniard’s lack of experience has led to some raised eyebrows but the former midfielder is rated extremely highly in English football, earning praise from Pep Guardiola – who he has worked alongside for the past two seasons.

Departing boss Wenger is the latest to back Arteta to succeed at the Emirates Stadium, praising his former player when speaking to BeIN Sports this week.

“He [Arteta] has all the qualities to do the job, yes and I think as well he is one of the favourites. He was a leader, and he has a good passion for the game and he knows the club well, he knows what is important at the club and he was captain of the club.”

“I left a lot of experience behind me, people who were with me like Steve Bould who has six years experience, and Jens Lehmann too. He has been an assistant of  [Pep] Guardiola as well, so overall I think he has the qualities.”