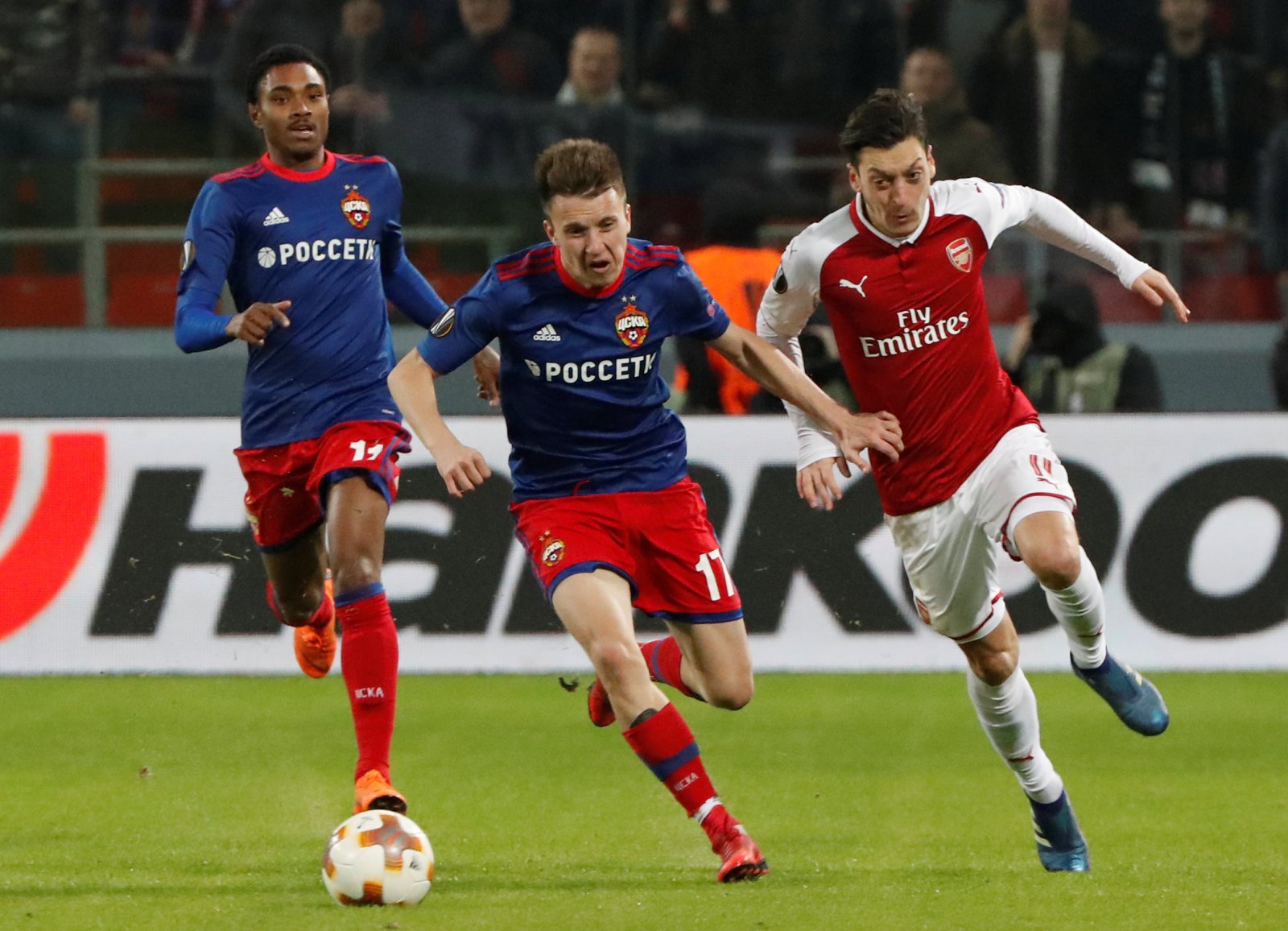 Arsenal have started their preparations for the summer transfer window, after another disappointing campaign in the Premier League has left the Gunners poised to miss out on a top-four finish for the second year in a row.

Midfield reinforcements are necessary during the close season, with Arsene Wenger’s side poised to lose both Jack Wilshere and Santi Cazorla upon the expiration of their contracts, but the north London outfit face a growing battle for one target.

Russian outlet Sport Express reports that mid-table Premier League side Brighton have joined the hunt for CSKA Moscow’s Aleksandr Golovin, who has caught the eye with his performances this season- including netting a stunning free-kick against Arsenal at the Emirates Stadium in the Europa League.

The 21-year-old, capable of playing centrally or out wide, carries the hopes of his nation on his shoulders ahead of Russia’s hosting of the World Cup this summer and Golovin, capped 17 times, could raise interest further with his performances.

Arsenal have long been touted as potential suitors for the young talent but the likes of Chelsea and Barcelona have also been attributed with an interest.