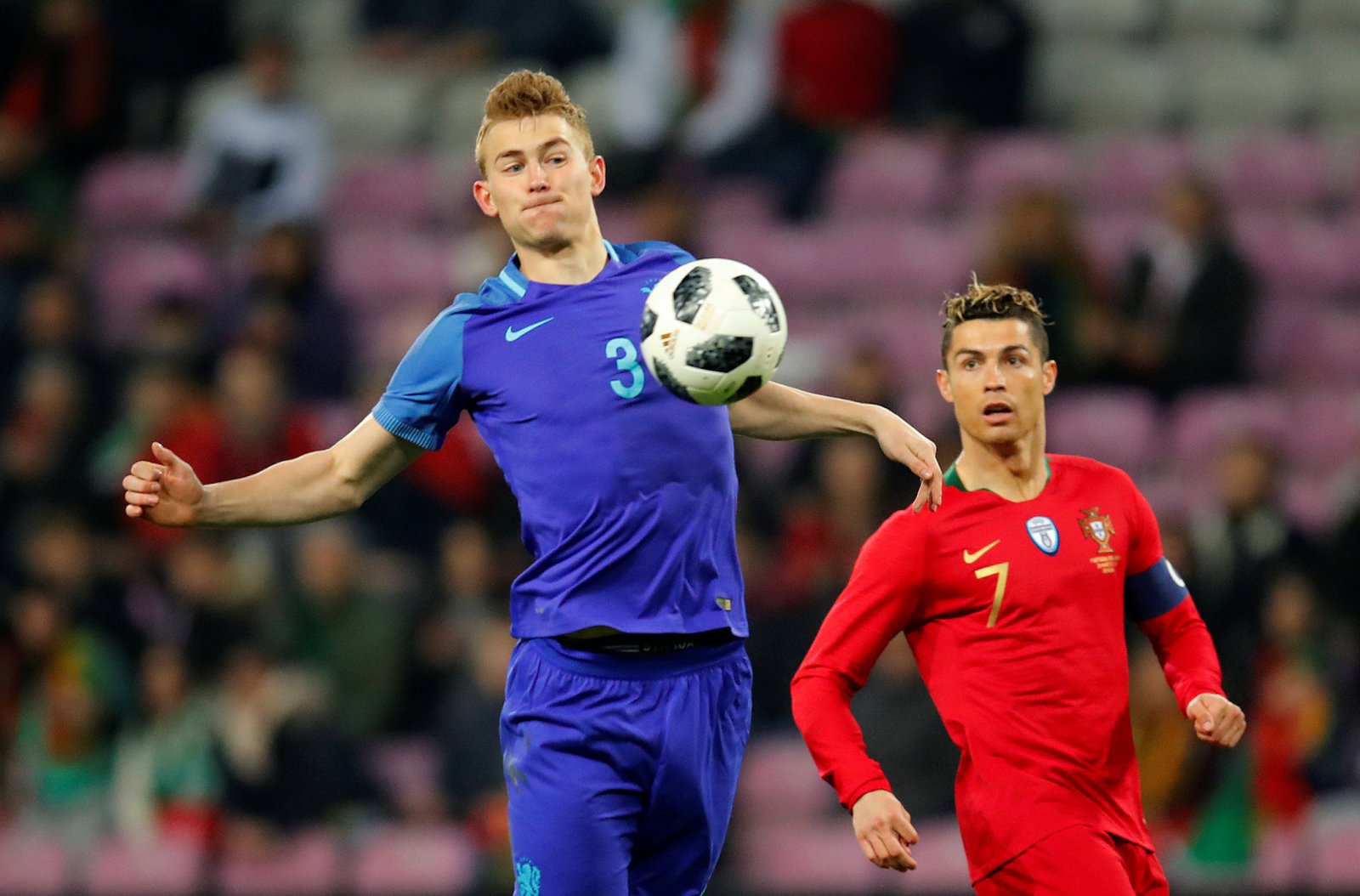 Arsenal are set for a huge fight this summer as they attempt to rebuild their underperforming side but the Gunners look set for disappointment in one chase.

The Daily Mirror reports that Premier League champions Manchester City lead the chase for Ajax sensation Matthijs De Ligt, who is rated at a remarkable value of £50m despite his tender age.

Already a senior Netherlands international at the age of just 18, De Ligt is regarded to be one of the finest defensive prospects within European football and Arsenal, along with the Citizens, are eyeing his services this summer.

The Premier League pair also face competition in the market from Bayern Munich, with all three clubs said to have had scouts present at yesterday’s defeat to PSV Eindhoven, but will be encouraged by reports that the teenager will snub Barcelona as he seeks first-team assurances.

That has left City leading the chase, although Arsenal may hope that De Ligt turns down a move to the Etihad Stadium for the same reasons he will reject a move to Barcelona, as Pep Guardiola already has the likes of Vincent Kompany, Nicolas Otamendi, John Stones and Aymeric Laporte to choose from.