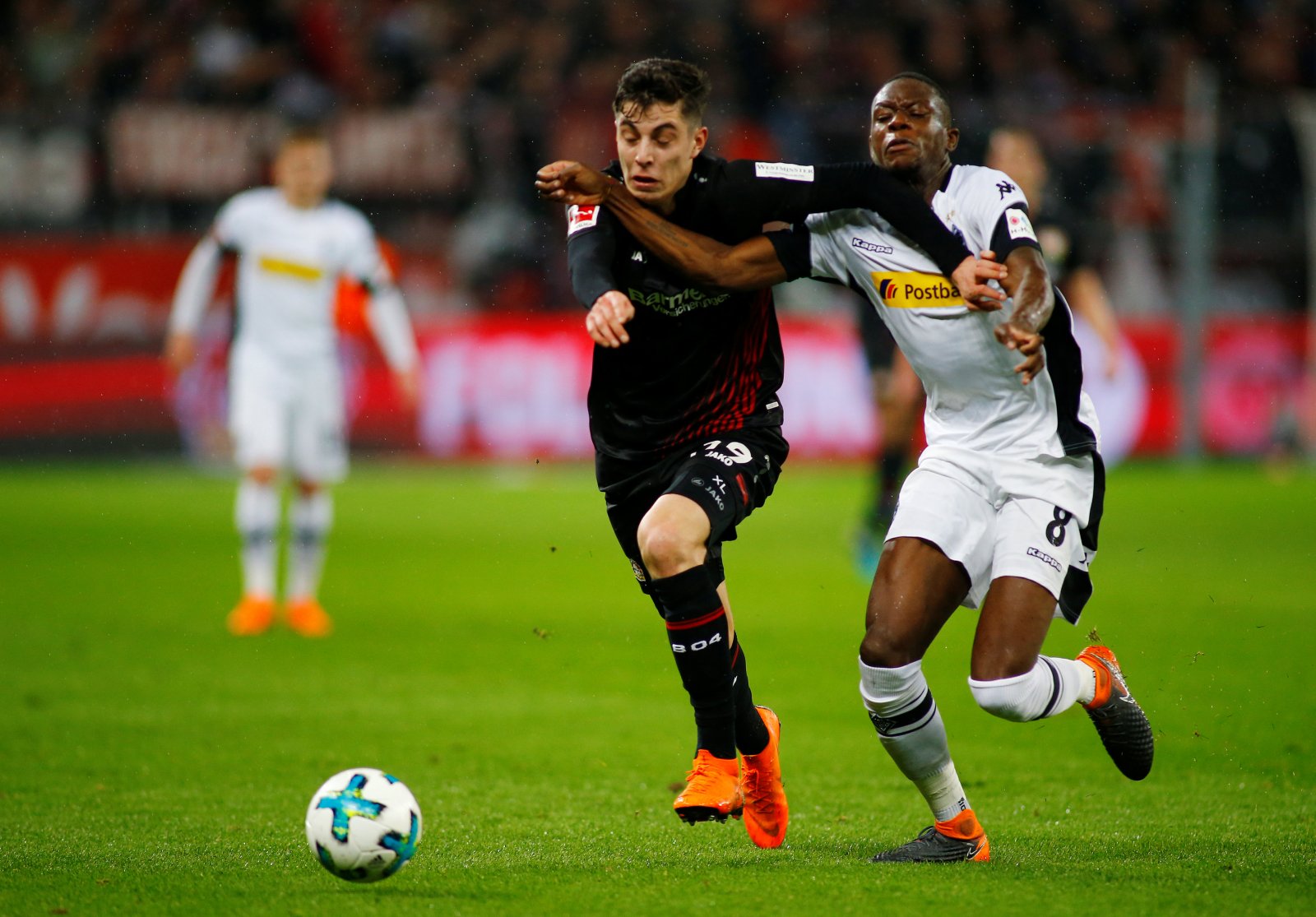 Arsenal returned from the international break with a victory against Stoke City but the performance from the Gunners was far from vintage, showing that there’s still plenty of work to be done this summer.

The north London side will place a lot of focus in bolstering their midfield, with Jack Wilshere and Santi Cazorla both looking set to leave upon the expiration of their contracts, and Arsene Wenger’s side are reported to have gained a significant boost.

The Sun claims Arsenal lead Premier League rivals Liverpool and Southampton in the chase for Bayer Leverkusen ace Kai Havertz, who is widely regarded to be one of the best young talents within the Bundesliga.

Arsenal sent scouts to watch the 18-year-old in action for Germany’s U19’s last week, in a 5-2 defeat to Norway, and will be encouraged by the fact that Havertz has previously spoken about his admiration for Gunners sensation Mesut Ozil.

“I look up to Mesut Özil. He plays football the way I like it. He’s always calm with the ball, never stressed. I love watching his games.”

Arsenal will be hopeful of luring Havertz away from his boyhood club, with whom he has scored two goals and secured six assists for in 24 Bundesliga appearances this term.

Despite potentially leaving in the summer, Wilshere still has a key role to play in Arsenal’s hunt for a European trophy and in turn Champions League qualification.

The Gunners have a good chance of reaching the semi-finals, but fans will be keeping an eye on the Atletico-Sporting tie, with the Madrid side favourites to win the silverware in the Europa League betting odds and thus could represent Arsenal’s stiffest competition in preventing them from going all the way to Lyon.