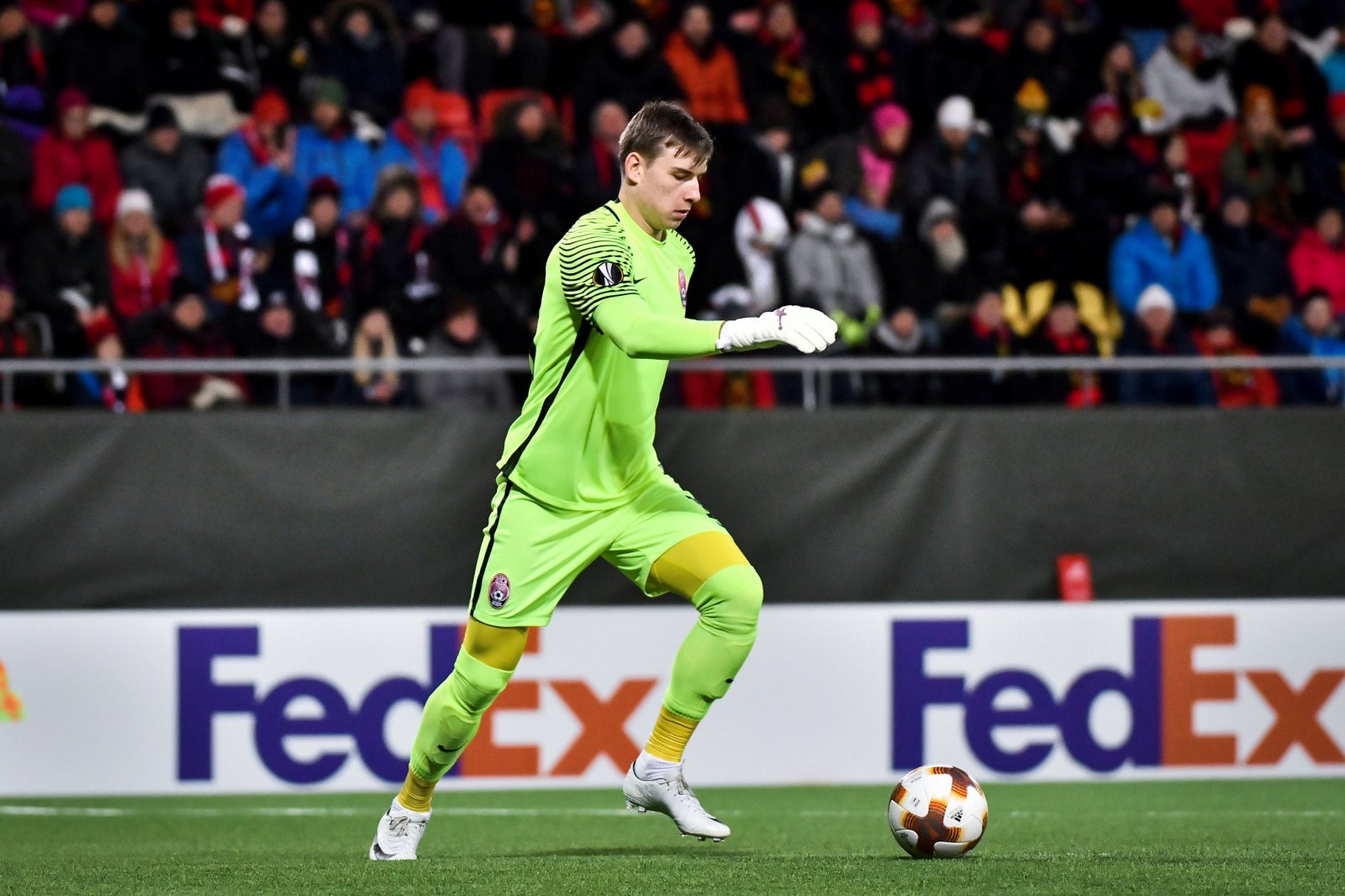 One of Arsenal’s biggest challenges this summer will be bolstering their options between the sticks, as the Gunners have struggled to find stability in this position with veterans Petr Cech and David Ospina.

Cech, Arsenal’s number one, has been widely criticised for his poor displays this term whilst Colombia international Ospina, currently injured, has failed to show consistency since signing for the Gunners in 2014.

New head of recruitment Sven Mislintat is said to be keen on landing a new first-choice goalkeeper this summer and Arsenal, according to reports, are one of many sides chasing the services of Ukrainian teenager Andriy Lunin.

The Sun states that interest in the 19-year-old Ukraine international is widespread, with Leicester City, Inter Milan, Liverpool and Manchester City all being keen on landing the goalkeeping prodigy.

However, Lunin’s agent, Irakli Khvedeliani, has revealed the Foxes currently lead the chase, whilst he’s also directly mentioned interest from other sides across Europe.

“Various clubs in Italy, Austria and England have asked about Lunin. Right now Leicester and Inter are strongly after him, although I can’t say much more at the moment.”

“Juventus got in contact about him, but it went up in smoke as their interest was not serious. I don’t know whether Napoli or Roma are interested in Lunin. I only learned about this through the media – but I can’t say they won’t be in touch soon.”

Valued at £6m, Lunin could end-up being a bargain for whoever wins the battle for his services.