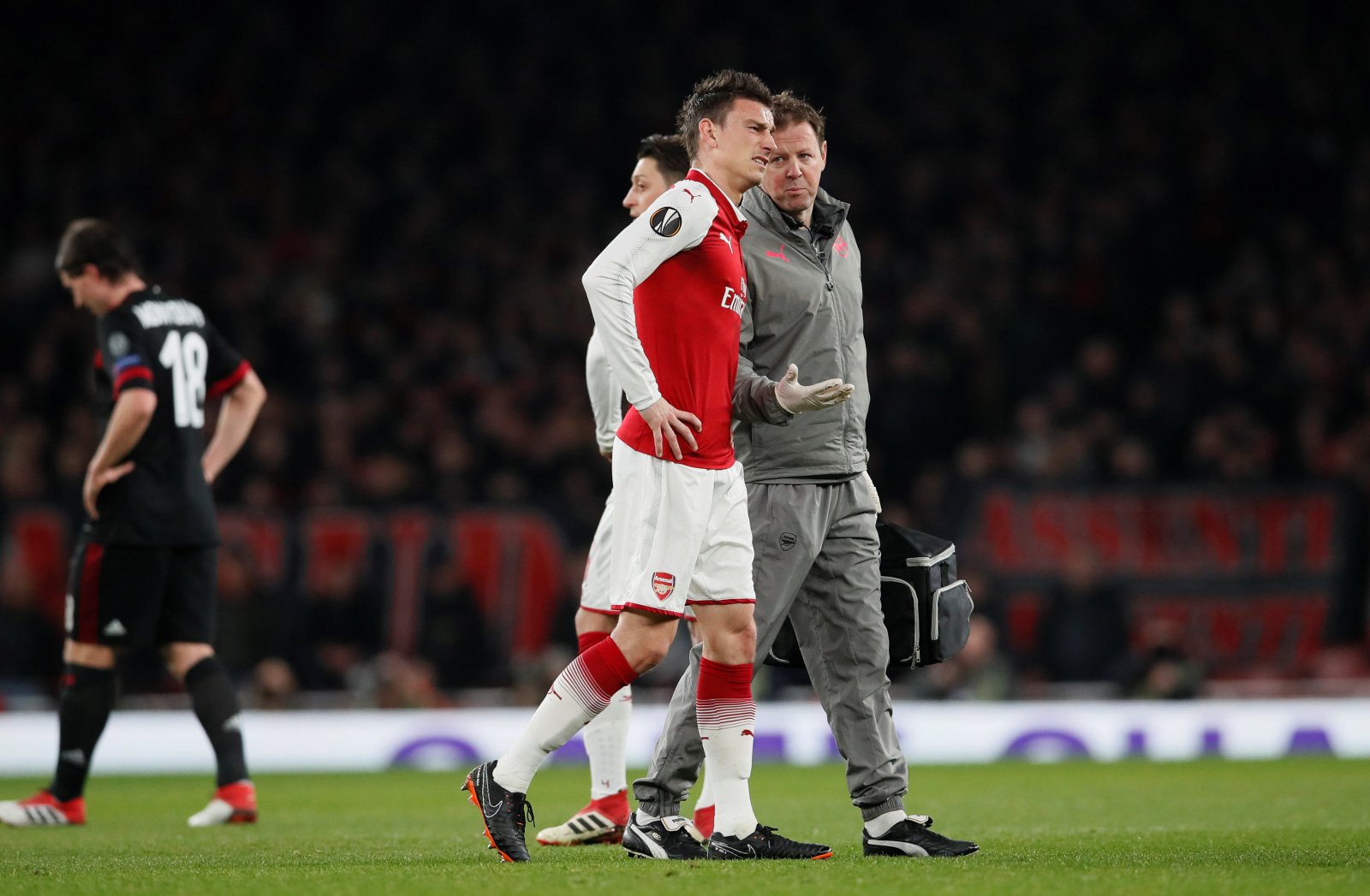 Arsenal stormed into the quarter-finals of the Europa League last night by securing a 3-1 victory at the Emirates Stadium over AC Milan, winning 5-1 on aggregate after a 2-0 win at the San Siro last week.

The Gunners now continue their march on the European stage in a competition that has quickly become the main focus of their season, as Arsene Wenger’s side seek a return to the Champions League after another disappointing Premier League campaign.

Wenger’s men look likely to miss out on a top-four finish in the Premier League once again, which caps off a poor domestic campaign for the Gunners as they also lost to Manchester City in the Carabao Cup and suffered a premature FA Cup defeat at the hands of Nottingham Forest.

Arsenal starred in last night’s performance but did suffer a major loss in the first half, as Laurent Koscielny hobbled off to be replaced by Calum Chambers.

Fortunately, Wenger has issued an update and the French defender’s set-back looks to only be temporary. Speaking to reporters after the game, the boss said:

“He got a kick on his back. We don’t think it’s bad but he cramped up and he couldn’t go on.”

Arsenal will hope that Koscielny will be available again after the international break, when the Gunners clash with Stoke City.