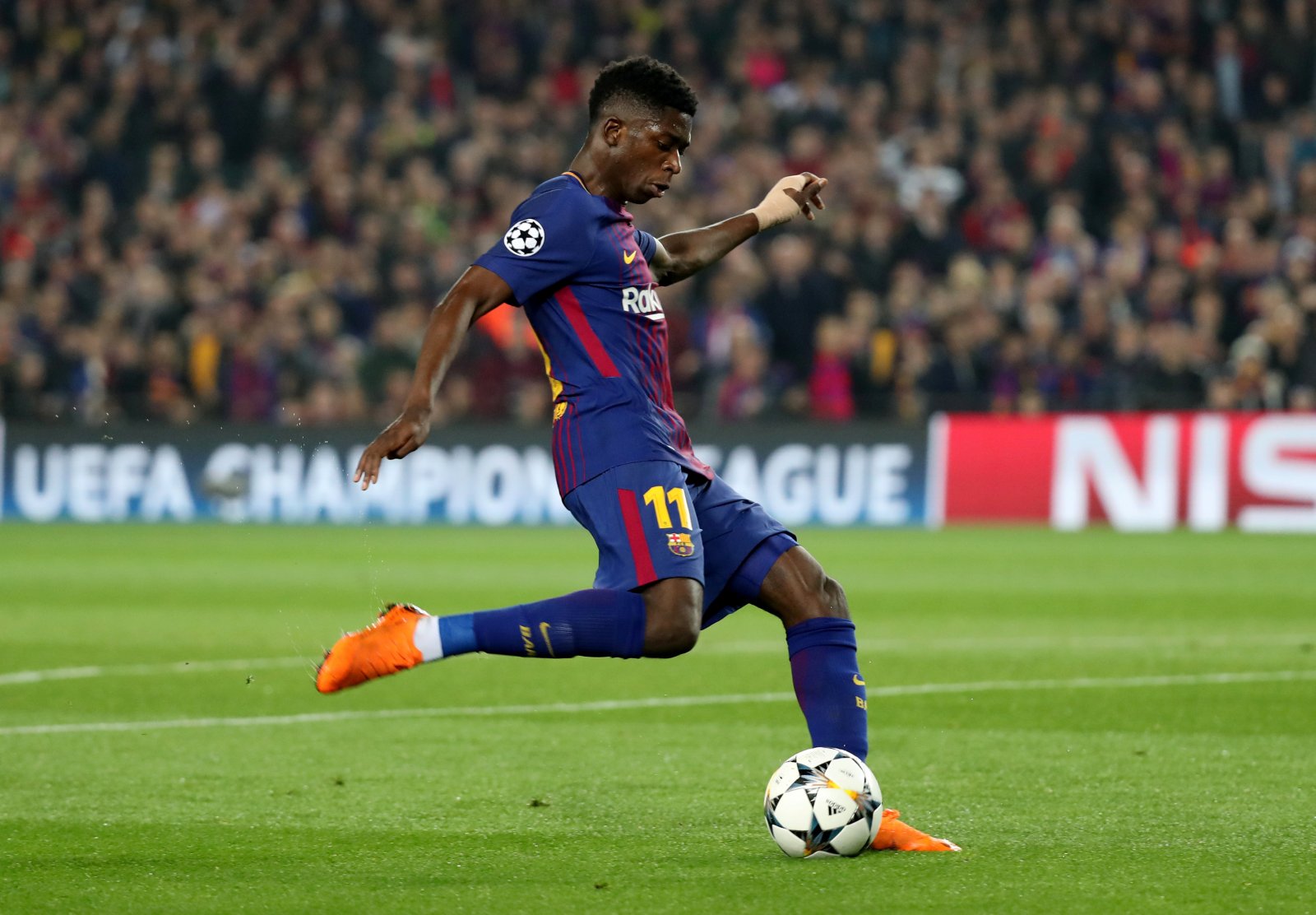 Arsenal have significantly bolster their attacking ranks during the course of the past 18 months, landing Pierre-Emerick Aubameyang, Henrikh Mkhitaryan and Alexandre Lacazette in the transfer market, but their work is certainly not done.

The Gunners are still seeking a replacement for Alexis Sanchez after his departure to join Manchester United in January left the north London outfit lacking options down the left, where both Alex Iwobi and Danny Welbeck have failed to impress.

Arsene Wenger’s side have already been linked with a wealth of names in the transfer market and Spanish outlet Don Balon now states that Aubameyang has turned agent ahead of the summer window, informing the Gunners that they should sign Ousmane Dembele.

The French international has endured a difficult maiden campaign with Barcelona, spending a large chunk of the season out with injury, and speculation suggests that he could be on the move again this summer- and is said to be keen on reuniting with Aubameyang.

Dembele and Aubameyang formed a deadly partnership at Borussia Dortmund last season and the duo would certainly strike fear into the hearts of Premier League defenders, though it’s unlikely a deal will be completed as Barcelona will command an audacious fee for his services.

The report also claims that Atletico Madrid could land Dembele as part of a deal taking Antoine Griezmann to Catalonia, whilst Liverpool are also said to be keen.