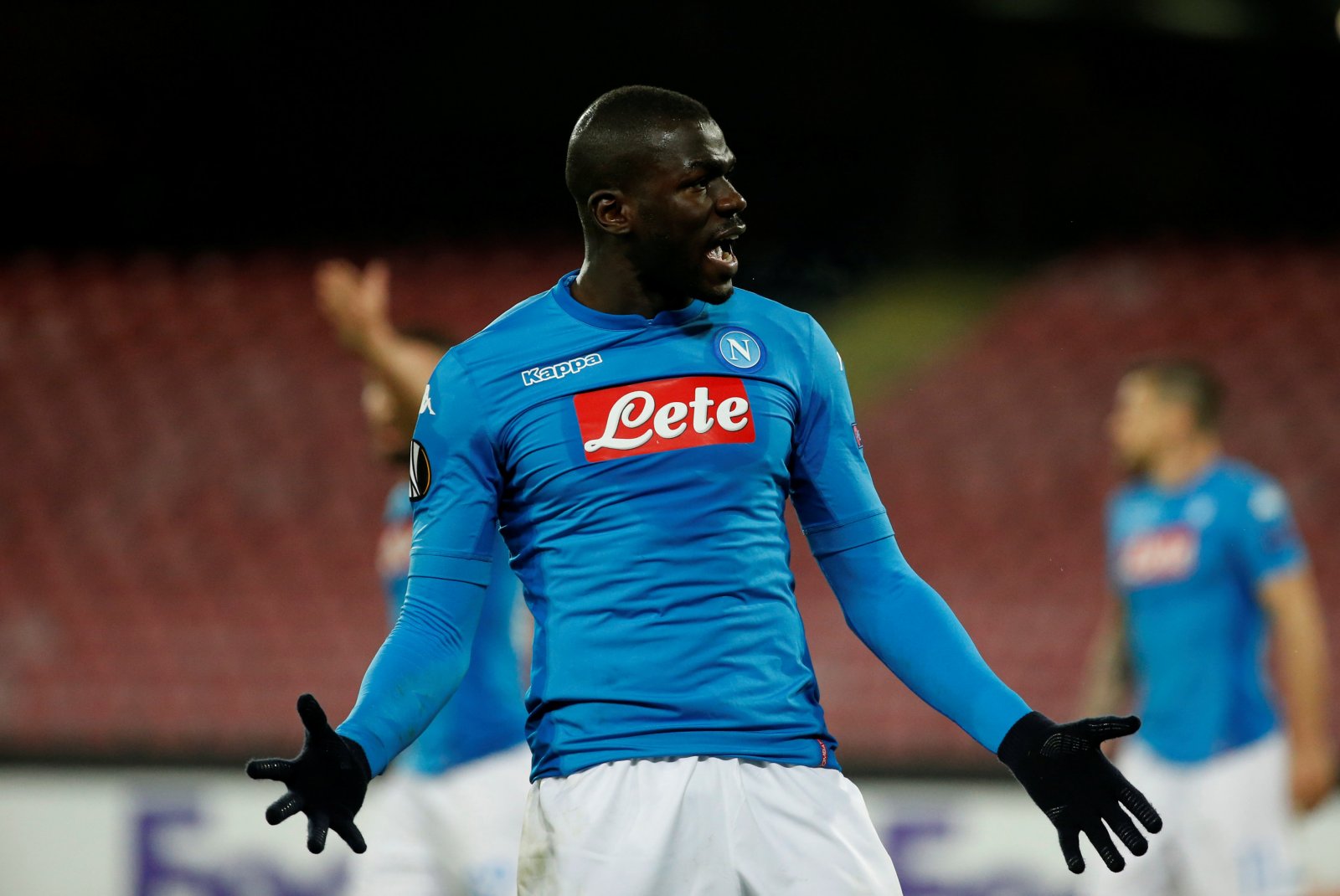 Arsenal are set for a huge summer at the end of the season as the Gunners look to rejuvenate their squad after a disappointing campaign, regardless of whether Arsene Wenger stays at the Emirates Stadium or leaves.

A host of changes are anticipated this summer and one of those will be in the heart of defence, where veteran skipper Per Mertesacker is set to hang up his playing boots and take a role with the Gunners academy.

That leaves Arsenal in the market for a replacement and one name that has been touted for a move to north London is Napoli defender Kalidou Koulibaly, with the Senegalese international excelling for the Naples-based side this season during their push for Serie A glory.

However, The Daily Star reports that Chelsea are currently the frontrunners in the market for the 26-year-old which leaves Arsenal, and other interested parties like Manchester United, set for disappointment in the close season.

After four years in Napoli, Koulibaly could be interested in a new challenge and interest in his services could rise after this summer’s World Cup, where Senegal clash with Poland, Japan and Colombia.