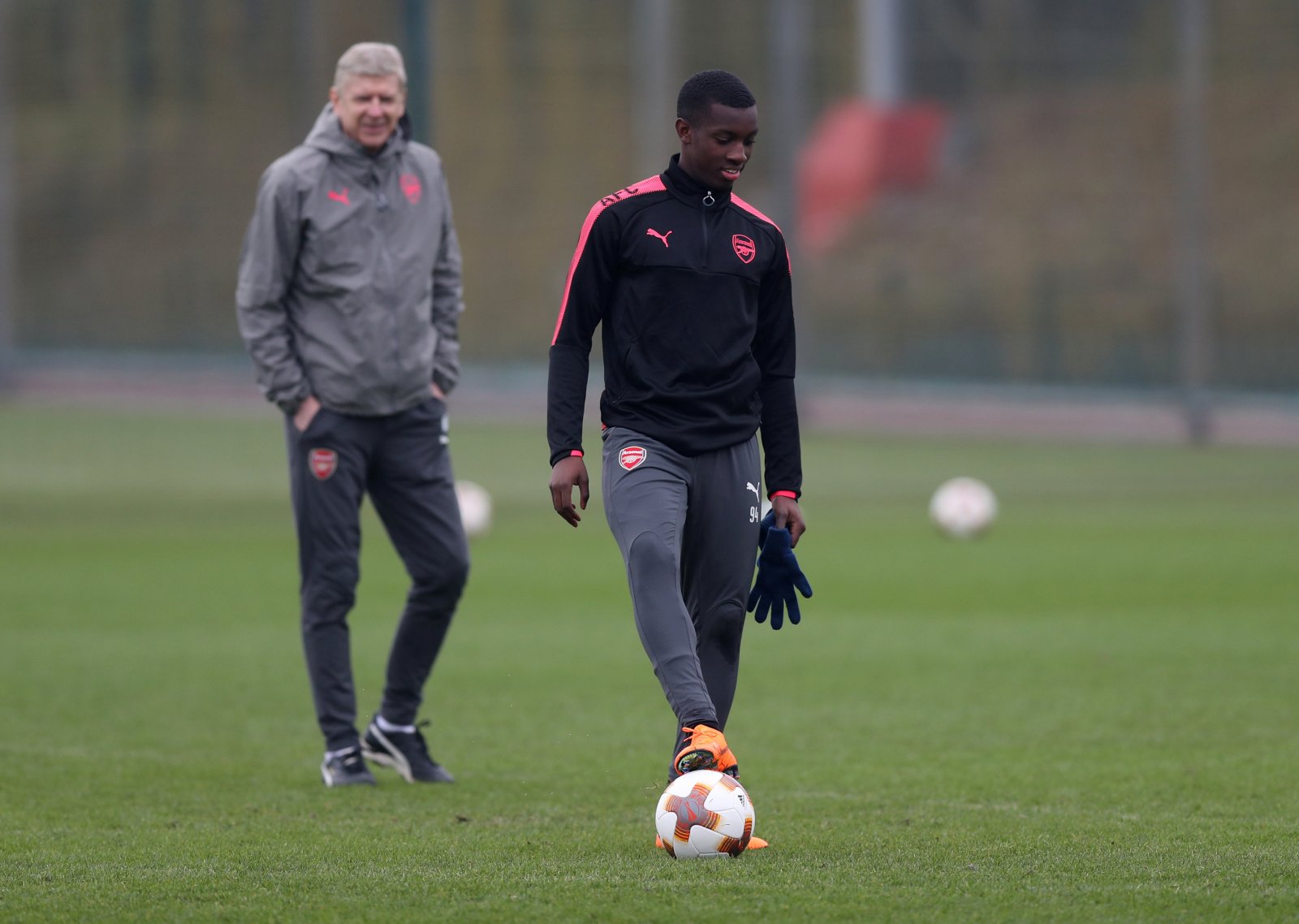 Arsenal may have their issues in the first-team but there is no doubt that the Gunners still boast some highly-rated prospects within their ranks, many of whom have already started to bang on the door of the first-team.

The Gunners have seen Hector Bellerin and Alex Iwobi rise from academy products to first-team regulars in recent years, whilst Ainsley Maitland-Niles became the latest starlet to make the jump this season- and Arsenal are preparing for the futures of another duo.

The Daily Mirror reports that Arsenal are ready to send Reiss Nelson and Eddie Nketiah on-loan as the final stage of their developments before they become a regular part of the first-team squad, after flashes of brilliance this season.

England U19 international Nketiah was a two-goal hero against Norwich City in the Carabao Cup earlier this season whilst Nelson, 18, has earned appearances in a number of competitions this season, including the Europa League.

Their path to the first-team will take a different route to the likes of Bellerin and Maitland-Niles though as the Gunners have immense depth in the attacking third due to the likes of Pierre-Emerick Aubameyang, Henrikh Mkhitaryan, Mesut Ozil, Alexandre Lacazette, Iwobi and Danny Welbeck.

As such, a move away on-loan to earn regular first-team football could be vital.