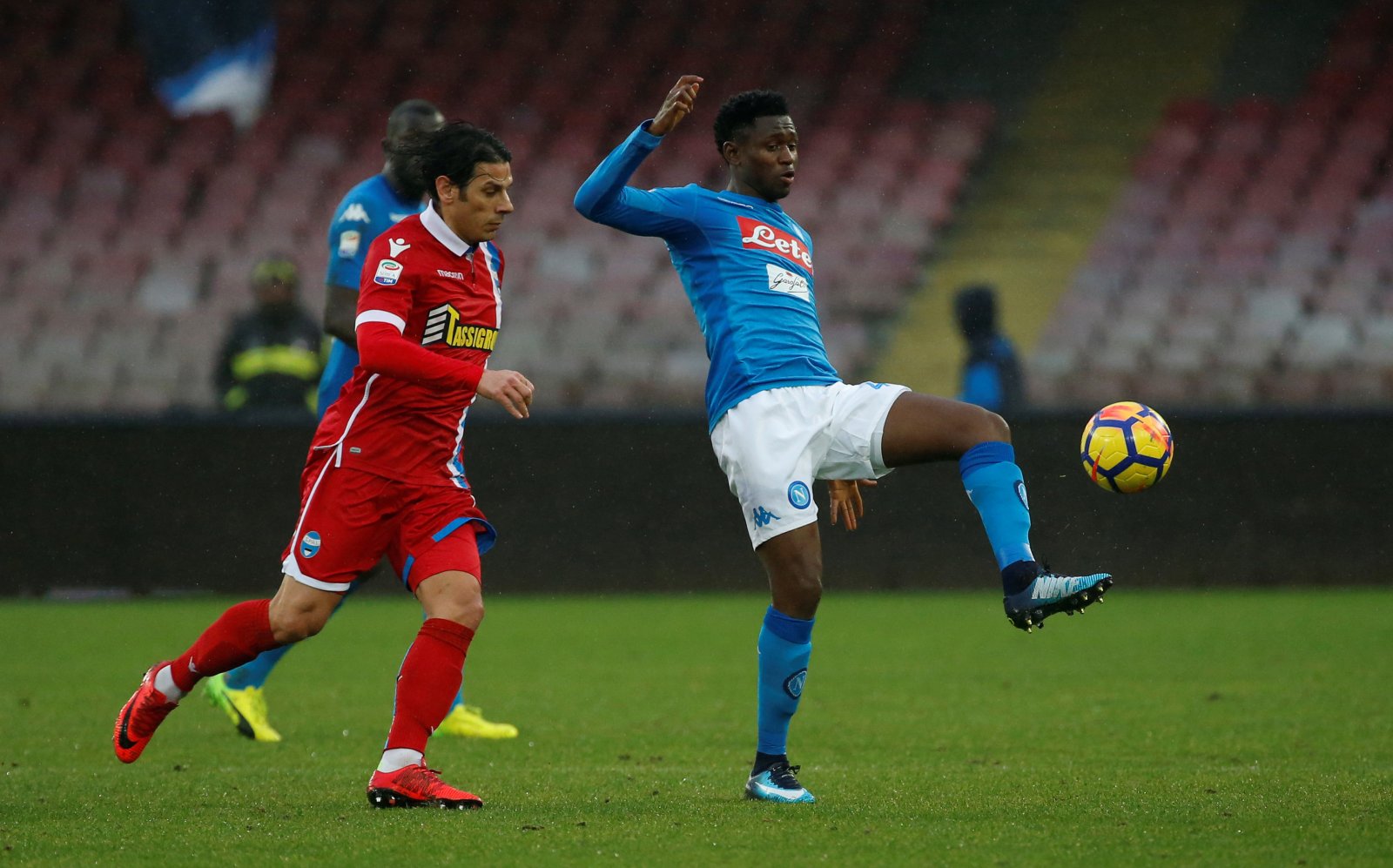 Arsenal are looking to significantly improve their ranks this summer and the centre of midfield is likely to be an area of focus.

The Gunners risk losing Santi Cazorla and Jack Wilshere for nothing at the end of their contracts, whilst concern has been raised that Aaron Ramsey could also run down his deal and leave on a free transfer in 2019.

That has left Arsenal looking for new recruits in the market and Italian outlet Rai Sport claim the north London side have joined arch-rivals Tottenham Hotspur in the chase for Napoli’s Amadou Diawara, who’s also attracting interest from Paris Saint-Germain.

The 20-year-old defensive midfielder has established himself as one of the Serie A’s biggest talents since moving to Naples in 2016 but he’s struggled to earn regular football, starting just three league matches this season.

Napoli, chasing the Italian title, are undecided about whether to cash-in on Diawara and his future could be affected by whether Jorginho moves away from the Serie A this summer.