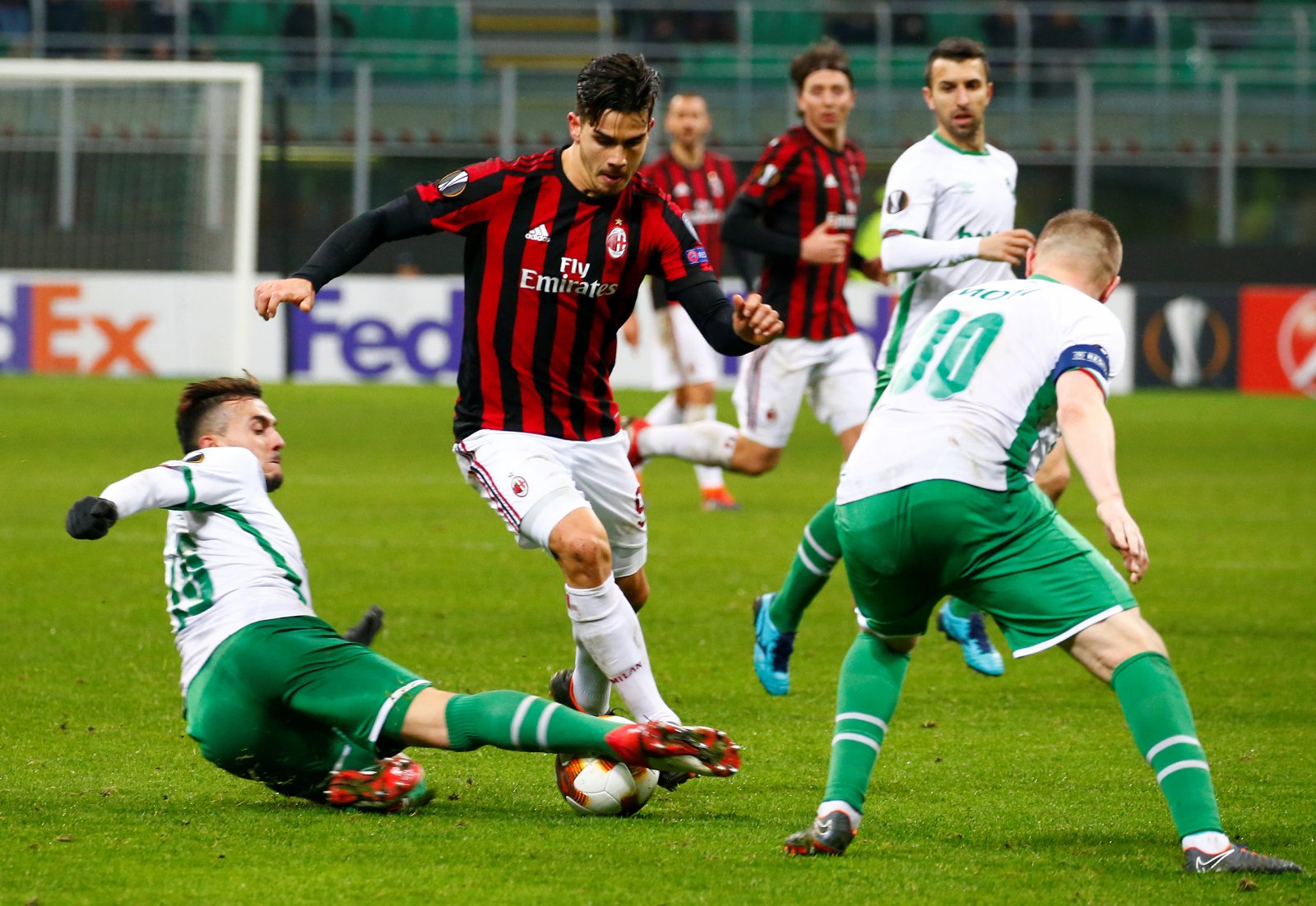 All the headlines will be about another disastrous European draw for Arsenal. The Gunners are consistently paired with elite sides in continental competitions, regularly clashing with Bayern Munich and Barcelona in the Champions League.

Round of 16 exits for Arsene Wenger’s side have become customary in recent years and the warning signs are on the board once again in the Europa League, where Arsenal face a trip to the San Siro to face AC Milan.

The serial European champions are well established at a continental level and, on first viewing, there is plenty of reasons to be concerned. However, Arsenal may actually end up being the favourites over two legs as the current AC Milan side is not comparable to the teams that many of us will remember.

Sat seventh in Serie A, eight points behind the Champions League spots, the San Siro giants have endured consistent struggles since 2014, with their highest finish being sixth. A three-year absence from Europe was ended this year via a return to the Europa League but, like Arsenal, their hopes of finishing in the top-four are very slim.

Therefore, in a situation that’s once again comparable to Arsenal’s, Europa League victory is the passage to the Champions League for AC Milan but, despite spending heavily last summer on a number of high-profile additions, they have lacked consistency and top-class.

A side boasting Gianluigi Donnarumma, Leonardo Bonucci, Franck Kessie and Hakan Calhanoglu has struggled to find consistency and, again, that’s comparable to Arsenal- although the Gunners do at least have some of their top players in form.

A trip to the San Siro will certainly be difficult for Arsenal but it is by no means a right off and a famous victory is certainly within their grasp, although Wenger’s side must learn from their mistakes of recent years and remember this is a two-legged affair.

In regular seasons, Arsenal have given themselves a mountain to climb after defeat in the first-leg and have tried, unsuccessfully, to overturn their deficit in the return fixture. With the second-leg being played at home this time, it’s an advantage to Arsenal.

A draw or even a 2-1 defeat at the San Siro would not be a bad result for Arsenal, who would then welcome AC Milan back to the Emirates Stadium- where Arsenal have an impressive record this season, despite the shock defeat to Ostersunds.

The Swedish side and Manchester United are the only two teams to beat the Gunners in north London this season, whilst the only over side prior to that to win at Arsenal in the past 12 months is Bayern Munich- which was in a Champions League round of 16 tie last year.

On paper it’s a hard draw for Arsenal, in reality it’s a manageable one and the Gunners could have done a lot worse with the likes of Borussia Dortmund and Atletico Madrid in the competition.