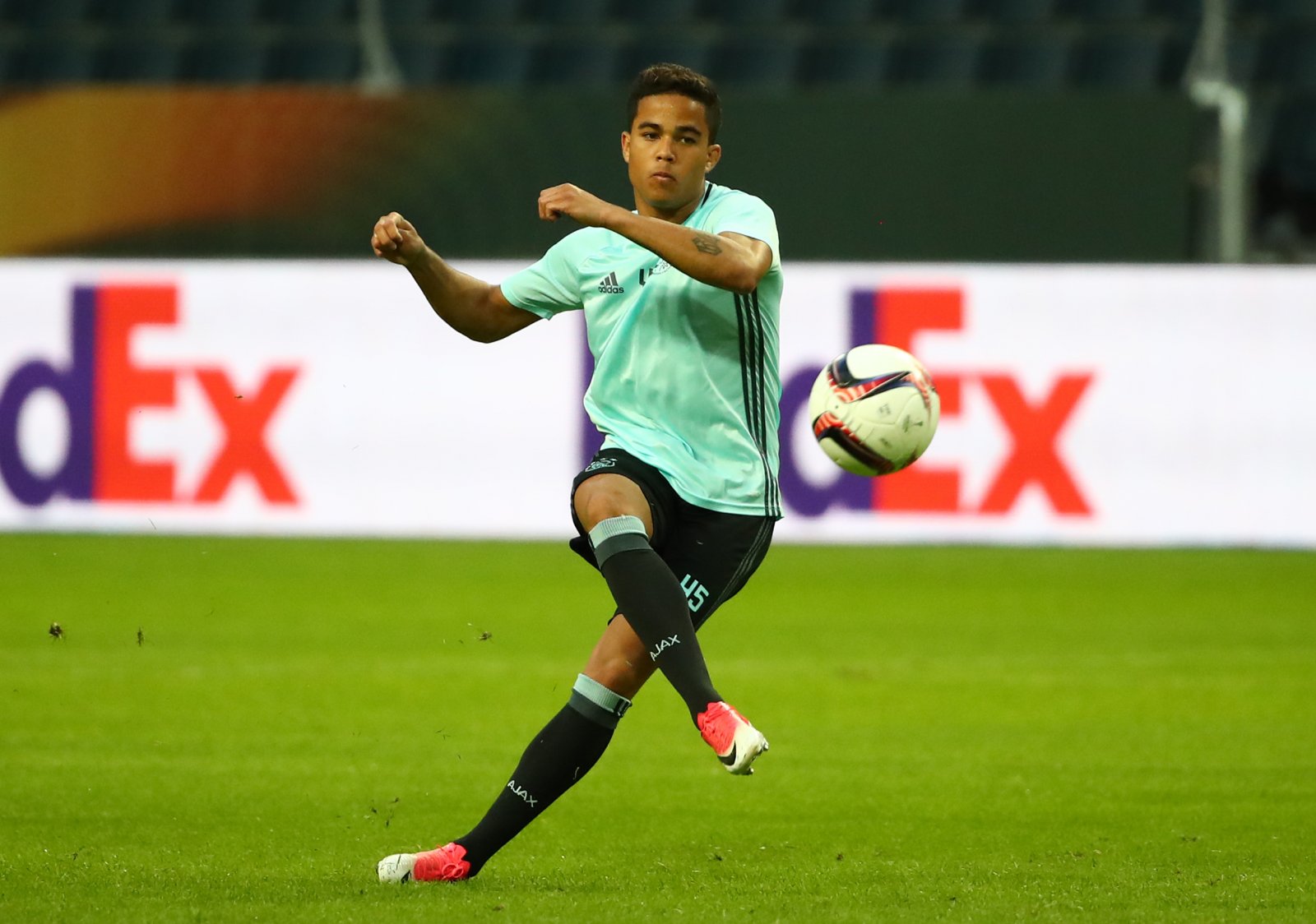 Ajax winger Justin Kluivert has stated that Arsenal would be a club he would be interested in playing for if he decides to leave the Eredivisie club.

Speaking in an interview with Helden (quotes via AS), the 18 year old said that while Barcelona and Real Madrid would be hard to turn down, a move to England would also be something he would consider in the future:

“England attracts me: Arsenal, Tottenham, Chelsea or Manchester United are nice clubs where I see myself playing in a few years …”

Kluivert admits he has already been made aware of interest from certain clubs via his agent, but he is in no rush to leave Ajax, where he is making great strides in his development.

The Dutchman made his senior debut only last January, but proceeded to have an excellent second half of last campaign, helping Ajax to the Europa League final, and playing 20 games in all competitions.

Kluivert is equally adept on either flank, and has also been very impressive this season with seven goals and four assists coming in 25 appearances.