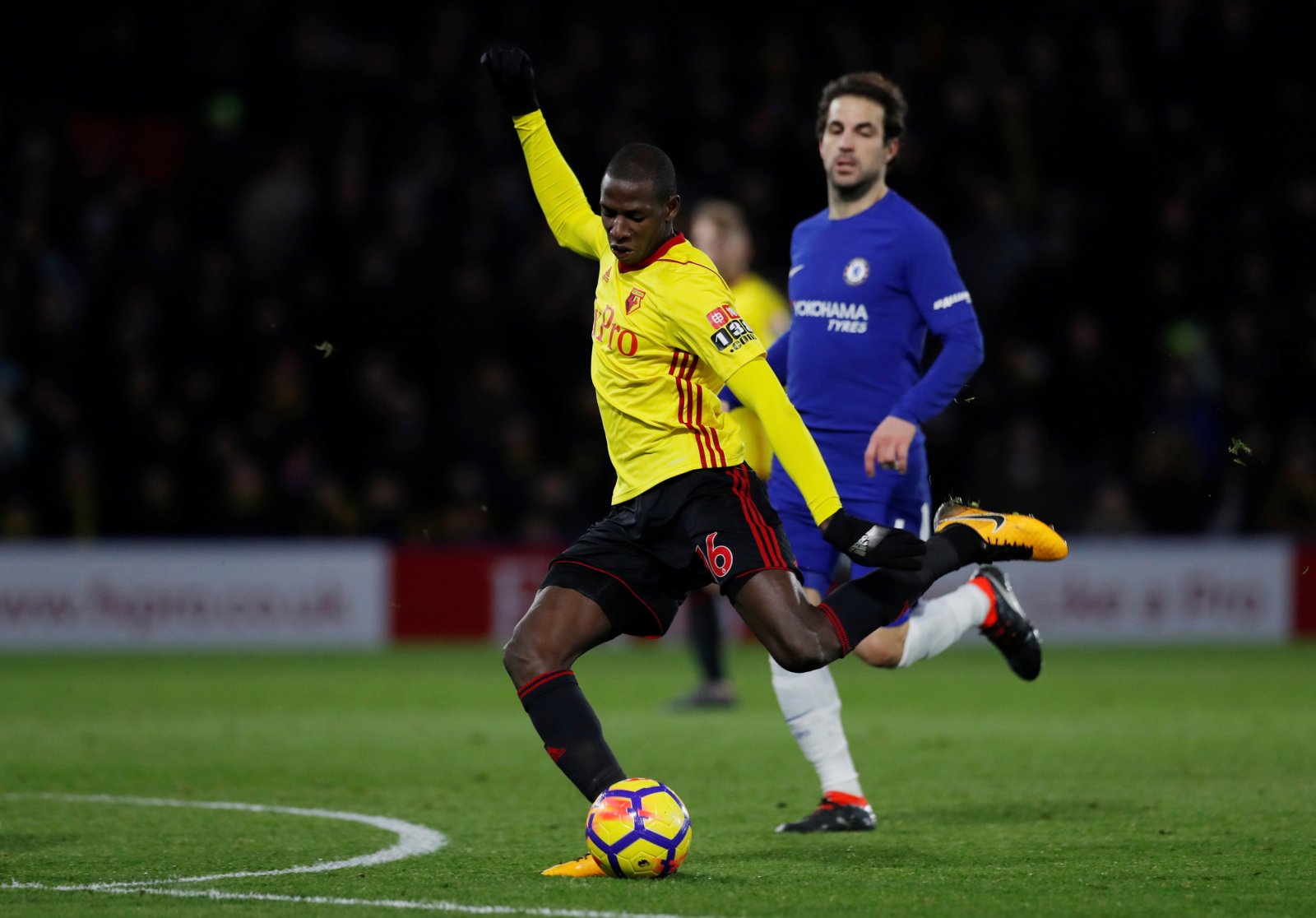 Watford midfielder Abdoulaye Doucoure will cost £25m if Arsenal want to sign the 25 year old, according to the Sunday People (via HITC).

The Daily Mail reported last week that the Gunners would battle Tottenham and Liverpool for the former France Under 21 international, with Spurs said to be leading the race.

Mauricio Pochettino was reportedly in the stands to see Doucoure play against Chelsea last Monday, and was impressed by what he saw.

The Frenchman has had an excellent season for the Hornets, having scored seven goals and provided three assists in 26 Premier League games.

Doucoure was signed from Rennes for £8m in February 2016, but went out on loan to Granada for the remainder of the 2015/16 season.

The central midfield player then made his debut for Watford as a substitute in the 2-1 defeat to Chelsea at the beginning of the 2016/17 campaign. He did not feature regularly under then manager Walter Mazzarri until January last year.

From then on however, he has been a regular starter under managers Mazzarri, Marco Silva and now Javi Gracia.