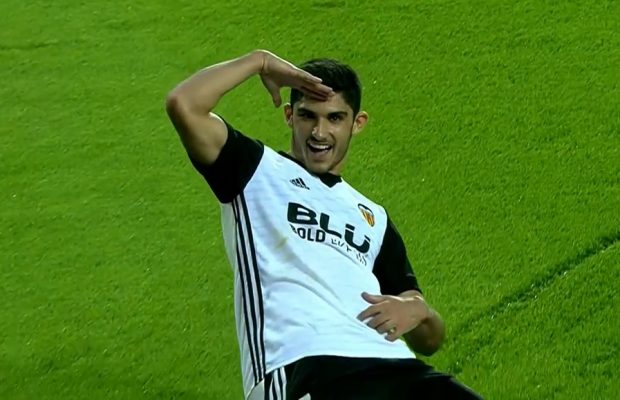 Arsenal have reportedly been put on red alert after Paris Saint-Germain will sanction a permanent move of Goncalo Guedes this month.

The Ligue 1 club managed to fend off Manchester United and Arsenal to capture the signing of the winger last year after convincing him to join them from Benfica.

However, the 21-year-old has failed to make an impact at the Parc des Princes and was subsequently loaned out to Valencia on a season-long loan last summer.

Guedes has managed to score three goals in 13 La Liga games for Valencia thus far which could see the Spanish outfit enquire about a potential permanent deal.

But Arsenal could now try again for Guedes this month with PSG now open to a potential sale.

Reports in Spain claim PSG are under pressure to raise money through transfers in a bid to adhere to Financial Fair Play regulations, and the French club believe they could pocket around £31million with the sale of Guedes to ever the highest bidder is this month.

Arsenal are still in limbo over the future of Alexis Sanchez, whose contract expires over the summer, and reports are suggesting that he could be on the move this January.