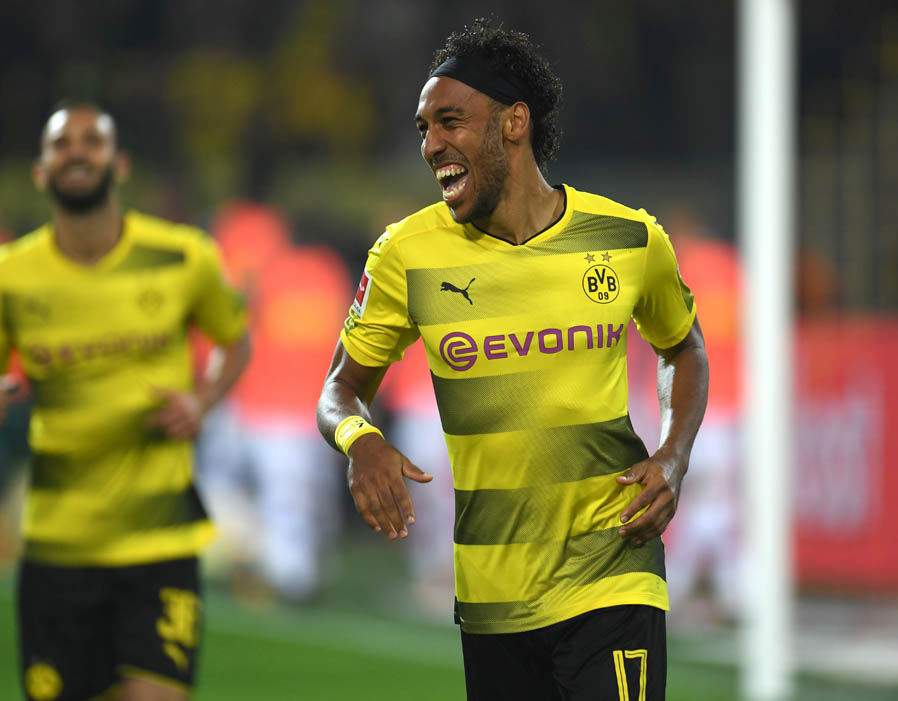 Arsenal have confirmed the signing of Pierre-Emerick Aubameyang from Borussia Dortmund for a club record fee.

The Gabon international, 28, has joined the Gunners after weeks of speculation on a long-term deal in a fee believed to be worth around £60million.

Aubameyang, who will wear the no.14 shirt worn by club legend Thierry Henry, has scored 172 goals in 213 games in all competitions for Dortmund since 2013, including 21 in 24 matches this season for the Bundesliga side.

With Aubameyang arriving, it will see Olivier Giroud make the switch to London rivals Chelsea as Michy Batshuayi agrees terms with Borussia Dortmund and Sevilla for a loan deal.

The signing of Aubameyang will undoubtedly appease most of the Emirates faithful not only after seeing Alexis Sanchez depart for Manchester United earlier in the month, but because the striker will reunite with former Borussia Dortmund teammate Henrikh Mkhitaryan with whom he has a great understanding and friendship with.