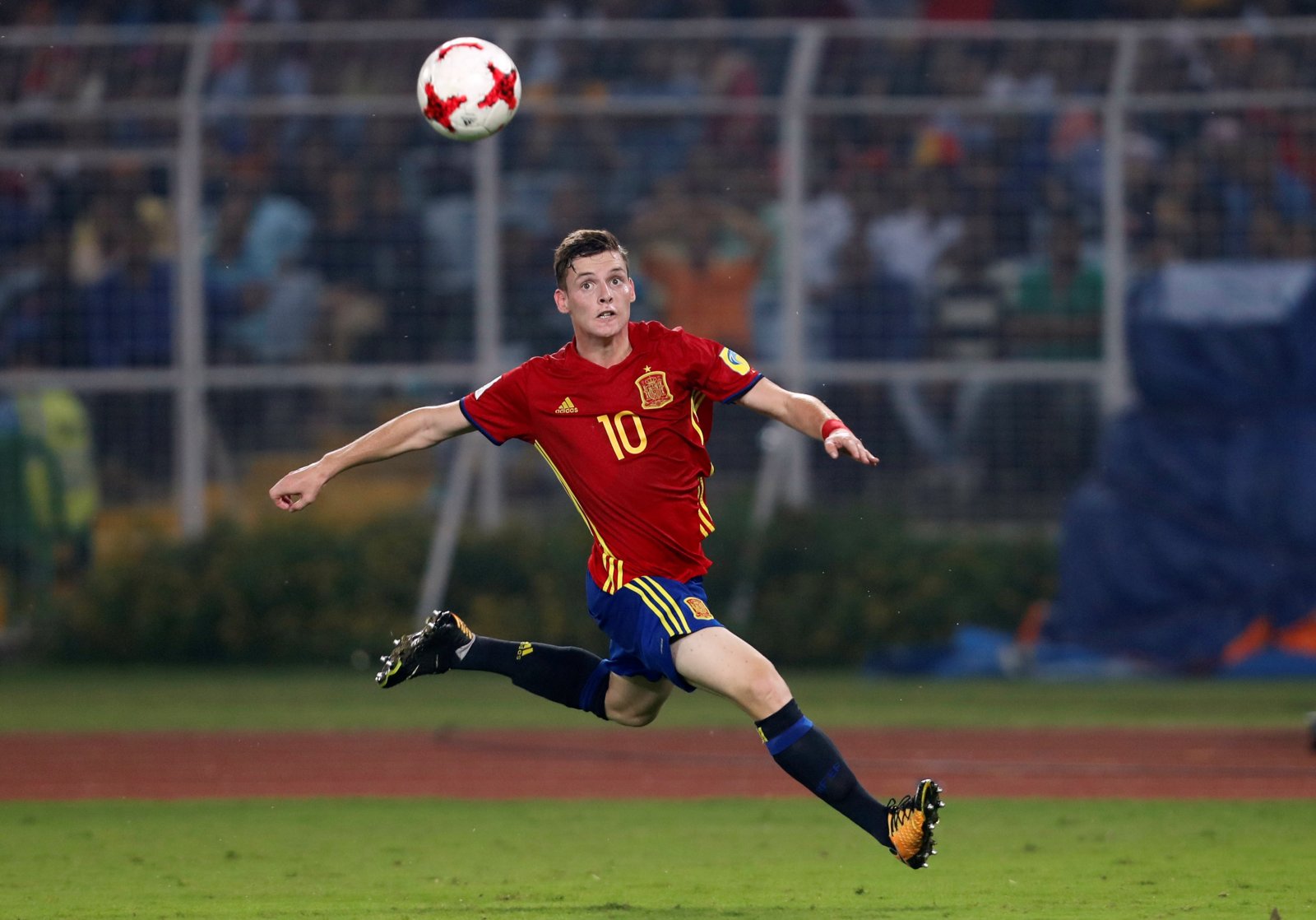 Arsenal have lost out to Borussia Dortmund in the race to sign Barcelona academy star Sergio Gomez, according to El Periodico.

The Spaniard came runner up to Phil Foden in the player of the tournament award for the U17 World Cup back in October. He is seen as one of Barca’s most promising young talents but it looks as though the Gunners won’t be signing the attacking midfielder.

Gomez’s current deal with the Catalan club expires at the end of the season, but Dortmund have decided to pay the player’s €3million release clause now in order to beat the competition.

The 17 year old can play either on the left wing or as a central midfielder, and was in excellent form playing for the Spanish Under 17 side as they reached the final of the World Cup.

Gomez scored a goal and provided an assist in the 4-0 win over Niger in the group stages. He then followed that with a goal against Iran in the quarter finals, and another assist in the semi final victory versus Mali. The winger then scored both of Spain’s goal in their 5-2 defeat to England to finish runners up.